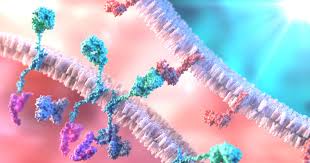 DEAR DR. ROACH >> I have several family members with autoimmune diseases. I read about a study from Germany where people with lupus were treated with CAR T cells, which proved effective. Will this treatment be available for other autoimmune diseases?

Scientists have used a person’s own, genetically modified T cells as treatment for certain types of cancers for more than 10 years. These T cells have been “programmed” outside the body with a chimeric antigen receptor to attack cells that have a protein called CD19, which include antibody-producing cells. For cancer, this is useful for some types of leukemias and lymphomas.

CD19 positive cells are also critical in autoimmune diseases like systemic lupuse rythematosus, because they make antibodies against the body’s own tissues. In lupus, this includes the skin, kidneys, joints and other organs. The German scientists hypothesized that using CAR T cells would destroy the overactive B cells attacking the body.

A study published in September in Nature Medicine using five people whose lupus was unresponsive to traditional treatments showed spectacular results, with the lupus successfully placed in remission. Meanwhile, the immune system no longer made antibodies against the person’s own body, yet remained functional against infections.

There are two major concerns: the first is that this was a very small study, using people with severe lupus that was unresponsive to treatment, which limits the generalizability of the study. The second is that CAR T cells sometimes have very significant toxicity, although in this small study there was very minimal toxicity. If these results are able to be duplicated, and generalized to other types of autoimmune diseases such as rheumatoid arthritis or multiple sclerosis, this could be a dramatic new type of therapy against a terrible set of diseases.

DEAR DR. ROACH >> Can you please explain collagenous colitis and any effective treatments — maybe some over-the-counter or herbal remedies?

Dear S.l. >> “Colitis” means inflammation of the colon. There are several types, such as the inflammatory bowel diseases, but there is another subset called microscopic colitis, of which there are two types: collagenous and lymphocytic colitis. The diagnosis is made by biopsy of the colon, usually via colonoscopy. Collagenous colitis, which tends to be more severe, can appear like Crohn’s disease, and a biopsy is absolutely indicated to make the diagnosis.

Since collagenous colitis can be triggered by smoking and anti-inflammatory drugs like naproxen, these need to be avoided. Anti-diarrheal medicines are frequently prescribed, and people with more severe disease are often given the poorly absorbed steroid medicine budesonide, which works locally on the lining of the colon, but has very few side effects.

I wish I could give you effective over-the-counter or herbal remedies, but the data I found showed that several remedies, such as probiotics and Boswellia extract, have been tested and have not been found effective. Nearly all the patients I have seen have responded well to budesonide, but I have had patients use cholestyramine, a bile acid binding medicine sometimes used for high cholesterol, with success.