Preserverance Rover: Life on Mars? This could be the place rover helps find it.

Exploring an ancient river delta in a crater on Mars, NASA’s Perseverance rover has collected samples of two rocks that are chock-full of carbon-based molecules that could be remnants of ancient life.

The rocks formed several billion years ago when the crater was a lake, an environment where life could have existed. 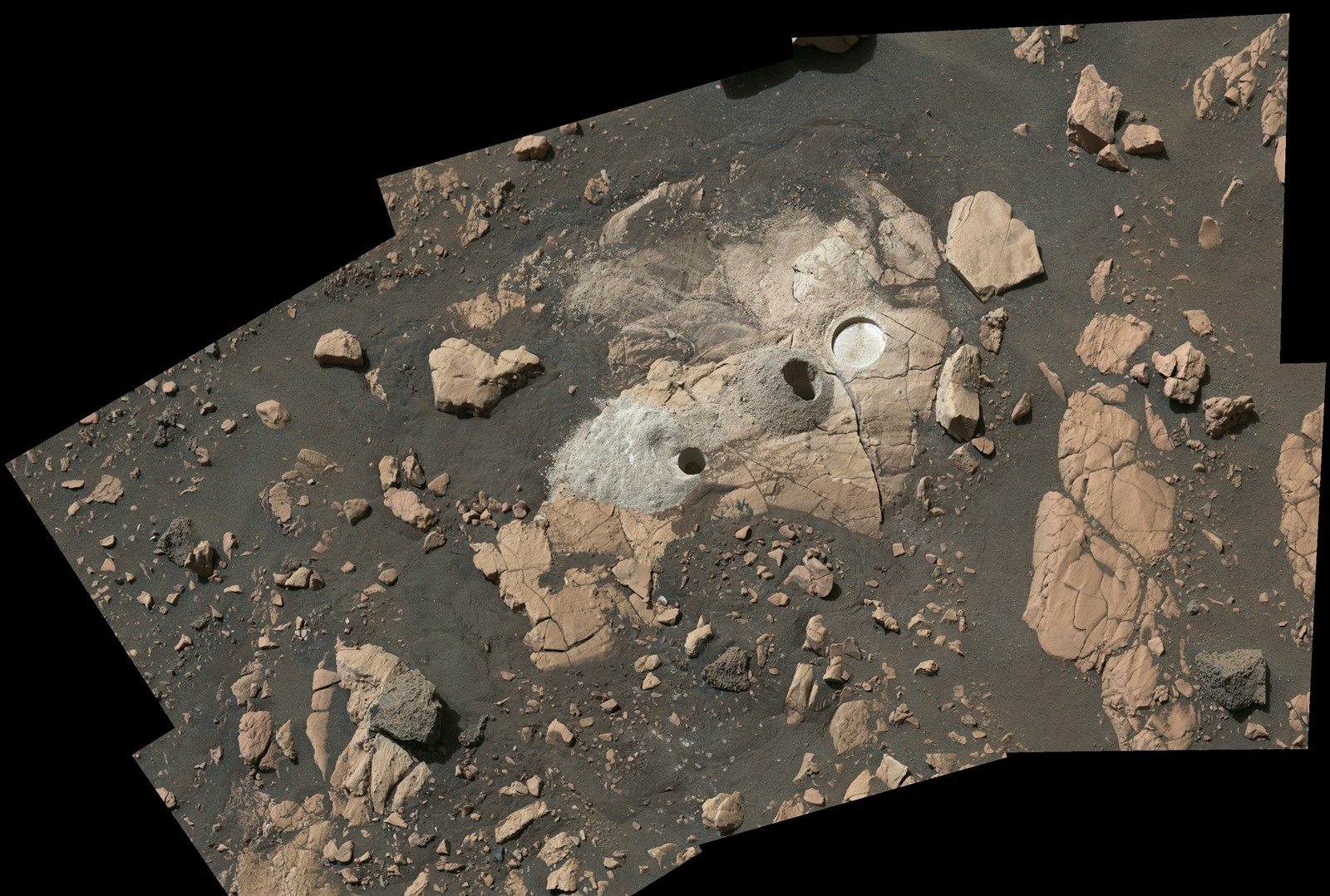 An undated image provided by NASA shows holes left by the extraction of two rock cores at Wildcat Ridge on Mars. The rocks NASA’s Perseverance rover is collecting on Mars contain organic molecules that formed in a lake that would have been habitable a few billion years ago.

“I think it’s safe to say that these are two of the most important samples that we’ll collect on this mission,” David L. Shuster, a professor of earth and planetary science at the University of California, Berkeley, who is working on the mission, said during a news conference Thursday.

Mission scientists were careful to add that they could not say whether these molecules are actually bits of dead microbial Martians, describing them as “potential biosignatures.”

Kenneth A. Farley, a professor of geochemistry at the California Institute of Technology who serves as the project scientist for the Perseverance mission, said the carbon molecules, even though described as organic, could have also formed in chemical reactions that did not involve life.

“A key point about a potential biosignature is it compels further investigation to draw a conclusion,” he said. “We don’t yet know the significance of these findings. These rocks are exactly the kind of rocks we came to investigate.”

The sophisticated but limited scientific instruments on Perseverance are unlikely to provide definitive, convincing answers. “The burden of proof for establishing life on another planet is very, very high,” Farley said. “And it seems unlikely to most of us that the evidence will be so compelling that we will be able to do that.”

That is why the rover is drilling samples of intriguing rocks that eventually will be brought back to Earth, where scientists will be able to use state-of-the-art techniques.

NASA and the European Space Agency are collaborating on a follow-up robotic mission known as Mars sample return to pick up Perseverance’s rock samples. That mission is scheduled to launch in 2028 with the Martian rocks landing on Earth in 2033.

Scientists have long been fascinated by the possibility of life on Mars. The first spacecraft to set down on and study the red planet, NASA’s two Viking landers in 1976, observed a world that is now cold, dry and seemingly lifeless. But in the past quarter-century, planetary scientists have come to believe Mars was once warmer and much wetter — a place that could have been home to life.

Although some scientists think life could persist on Mars today, perhaps underground where it could be shielded from the bombardment of radiation from space, the Perseverance mission was designed to look into the ancient past for signs of possible long-dead Martian microbes, chemical signatures that are similar to those that point to the earliest life on Earth.

After arriving on Mars in February 2021, Perseverance spent a year exploring the floor of Jezero, the 30-mile-wide crater where it landed. Then it made a sprint to the western rim of the crater, toward what led planetary scientists to choose Jezero as the landing site: a dried-up river delta.

If life ever arose on early Mars, more than 3.5 billion years ago, a river delta was an ideal geological environment to preserve traces of the organisms — the potential biosignatures.

“This specific area has probably the highest scientific value for exploration of the entire mission,” Farley said. “This is the place where we have the best chance to explore these ancient sedimentary rocks deposited in the lake.”

The rover is able to drive up along various exposed layers of the sedimentary rock. Of particular interest are two rocks that the scientists named Skinner Ridge and Wildcat Ridge.

The Skinner Ridge rock is a sandstone containing a mixture of rocky material that might have been washed into Jezero crater from 100 miles or more away.

“That’s important because this is giving us material from a very far distance that the rover will not visit in this mission,” said Shuster, the scientist overseeing the collection of samples.

Wildcat Ridge, while near Skinner Ridge, is different — a fine-grained mudstone containing sulfate minerals and clays. The rock, about 3 feet wide, appears to have formed in salty water as the lake was evaporating.

On Earth, those are conditions favorable to retaining signs of past life.

Perseverance had earlier found organic molecules — those with carbon and hydrogen atoms bonded together — in rocks on the crater floor of Jezero. But scientists were pretty sure those molecules had formed through non-biological processes.

The organics in the river delta rocks have the potential to tell a different story.