Demonstrators took to the streets from coast to coast after a jury found Kyle Rittenhouse not guilty on all five counts. 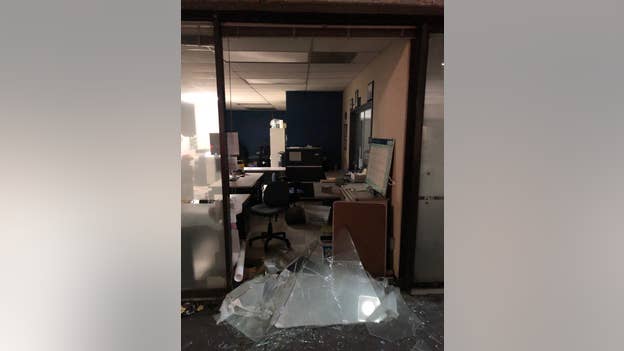 Portland police made one arrest and issued five citations and 17 warnings Friday evening during a protest that escalated into a riot following Kyle Rittenhouse's acquittal.

"The destructive crowd has dissipated and officers are returning to their precincts to resume their duties," the Portland Police Bureau's said in a Saturday morning tweet. "At least one arrest has been made."

Rioters smashed the window of a city print shop, the near window of a police vehicle and vandalized the Bureau's precinct downtown.

For an aggregation of various stories from around the country, see this page on Fox News.