Queen Elizabeth II, who is 96, celebrated her platinum jubilee earlier this year.

Queen Elizabeth's doctors "are concerned for Her Majesty’s health," Buckingham Palace announced Thursday, adding that they recommended she stay under medical supervision.

"The Queen remains comfortable" at Balmoral Castle, the palace added. The queen, 96, celebrated her platinum jubilee earlier this year.

Prince Charles, Camilla, Dutchess of Cornwall and Prince William are said to be traveling to Balmoral Castle to be by her side.

"The whole country will be deeply concerned by the news from Buckingham Palace this lunchtime," Liz Truss, the new prime Minister of the United Kingdom, wrote on Twitter. "My thoughts -- and the thoughts of people across our United Kingdom -- are with Her Majesty The Queen and her family at this time." 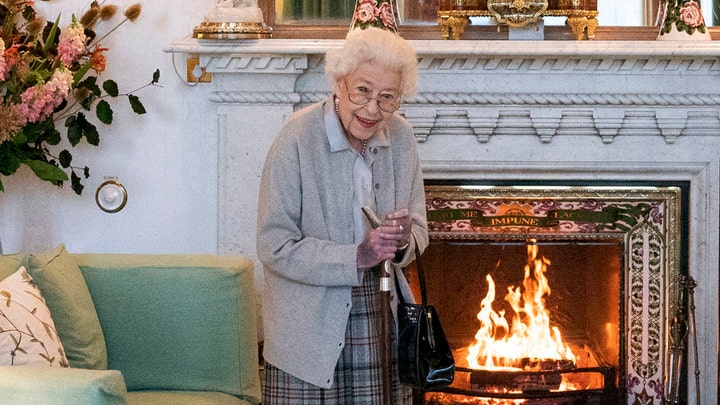 Balmoral Castle, where the Queen currently is, is her country estate in the Scottish Highlands which she has long said is her favorite place to be. She spends the holidays there every year with her family, and has been based there since becoming ill.

The health announcement comes after Queen Elizabeth II decided to postpone a meeting with senior government officials on Wednesday after experiencing a full day of activities the day before.

On Tuesday, the queen spent the day at her summer residence in Scotland appointing Truss. The 96-year-old queen oversaw an entire day’s worth of activities, involving the symbolic transfer of power to Truss.

After the big day, the queen’s doctor advised her to take it easy and rest, and the queen listened.

"After a full day yesterday, Her Majesty has this afternoon accepted doctors' advice to rest," the palace said in a statement on Wednesday. "This means that the Privy Council meeting that had been due to take place this evening will be rearranged."

The queen has been experiencing episodes of mobility issues and has been walking with a cane since October 2021. In November 2021, the monarch decided against attending a Remembrance Day ceremony because she was suffering from a sprained back.

In early 2022, the palace announced the queen had contracted COVID-19, stating, "Her Majesty is experiencing mild cold-like symptoms but expects to continue light duties at Windsor over the coming week."

While the queen was able to attend three events celebrating her Platinum Jubilee, she was notably absent from many of the celebration’s events.

The queen has been taking a step back from many of her royal duties and instead giving her son and future king, Prince Charles, more responsibilities. Her grandson, Prince William, has also taken on more responsibility and making appearances as a senior royal.

The queen officially became England's longest reigning British monarch in 2015 when she exceeded her great-great-grandmother Queen Victoria’s reign and continues to break that record until today. She has now been on the throne for 70 years and holds the record for second-longest reigning monarch in the world, second only to French King Louis XIV who ruled for 72 years.

She ascended the throne at the age of 25 when her father, King George VI, died in 1952.