Republicans take control of House. What's next for Nancy Pelosi?

Speaker Nancy Pelosi will address political future after Democrats lose House majority to Republicans.  Pelosi, the 52nd Speaker of the House, has been in Congress, representing California’s 12th Congressional District, for over 35 years

House Speaker Nancy Pelosi is "overwhelmed" by the reactions she has received from her colleagues since it was announced that Democrats will lose the majority in the House of Representatives to Republicans, her spokesperson said.

"Speaker Pelosi has been overwhelmed by calls from colleagues, friends and supporters," said Deputy Chief of Staff Drew Hammill, hours after the 218th race was called for Republicans.

With Republicans winning a majority in the House, they now have an opportunity to elect their own leaders, including the Speakership, and will have full control over dictating the legislative agenda for two years. 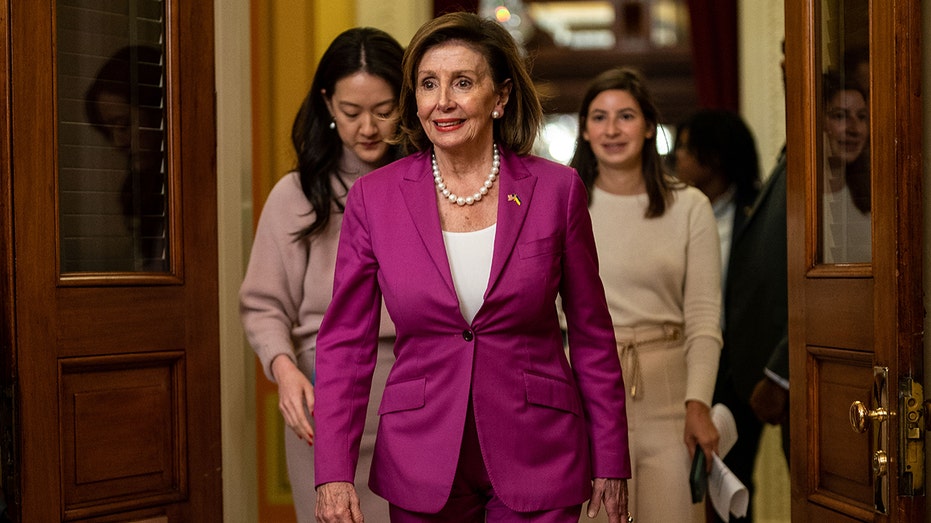 Speaker of the House Nancy Pelosi, D-Calif., walking down the halls of Congress on Capitol Hill on Monday, Nov. 14, 2022 in Washington, D.C.  (Kent Nishimura / Los Angeles Times via Getty Images).

The GOP will also be able to launch various investigations, which could potentially include looking into Hunter Biden, the Jan. 6 Committee and aspects of the Biden administration.

As for Pelosi, who will be without the Speakership when new members participate in the swearing-in ceremony in January 2023, Hammill said she will address her future plans on Thursday.

"The Speaker plans to address her future plans tomorrow to her colleagues. Stay tuned," he wrote.

Democrats, though, have already secured 209 seats and could pick up additional seats as eight are still in play.

"In this election, voters spoke clearly about their concerns: the need to lower costs, protect the right to choose, and preserve our democracy," Biden said Wednesday. "I will work with anyone — Republican or Democrat — willing to work with me to deliver results for them."

Pelosi, the 52nd Speaker of the House of Representatives, has been in Congress, representing California’s 12th Congressional District, for over 35 years. For 19 of those years, she has been in Democratic leadership.

Pelosi was also the first woman elected to the Speakership in 2007.

She was re-elected to the post when Democrats retook the House majority in January 2019, when she remained defiant to then-President Trump.