Some Moderna Vaccine Doses May Be Cut in Half to Accelerate Rollout: Official

By Tom Ozimek | The Epoch Times

A top official heading the Trump administration’s federal vaccine program said on Jan. 3 that the government is considering giving people a half-dose of Moderna’s COVID-19 vaccine in order to get more people inoculated faster.

Dr. Moncef Slaoui, head of Operation Warp Speed, the federal program to surge vaccine development and distribution, told CBS’s “Face the Nation” on Jan. 3 that officials were in talks with Moderna and the Food and Drug Administration (FDA) about the idea.

“We know that for the Moderna vaccine, giving half of the dose to people between the ages of 18 and 55, two doses, half the dose, which means exactly achieving the objective of immunizing double the number of people with the doses we have,” Slaoui said.

“We know it induces identical immune response” to the full dose, he said, adding that the FDA would ultimately decide whether to accelerate injecting half the volume of the vaccine in order to get more people inoculated faster.

According to Slaoui, around 17.5 million doses of Pfizer’s and Moderna’s two-dose vaccines have been distributed in the United States, but data from the Centers for Disease Control and Prevention (CDC) show just 4.2 million doses have been administered as of Jan. 2.

Slaoui said on Jan. 3 that in the previous 72 hours, another 1.5 million people had received shots. 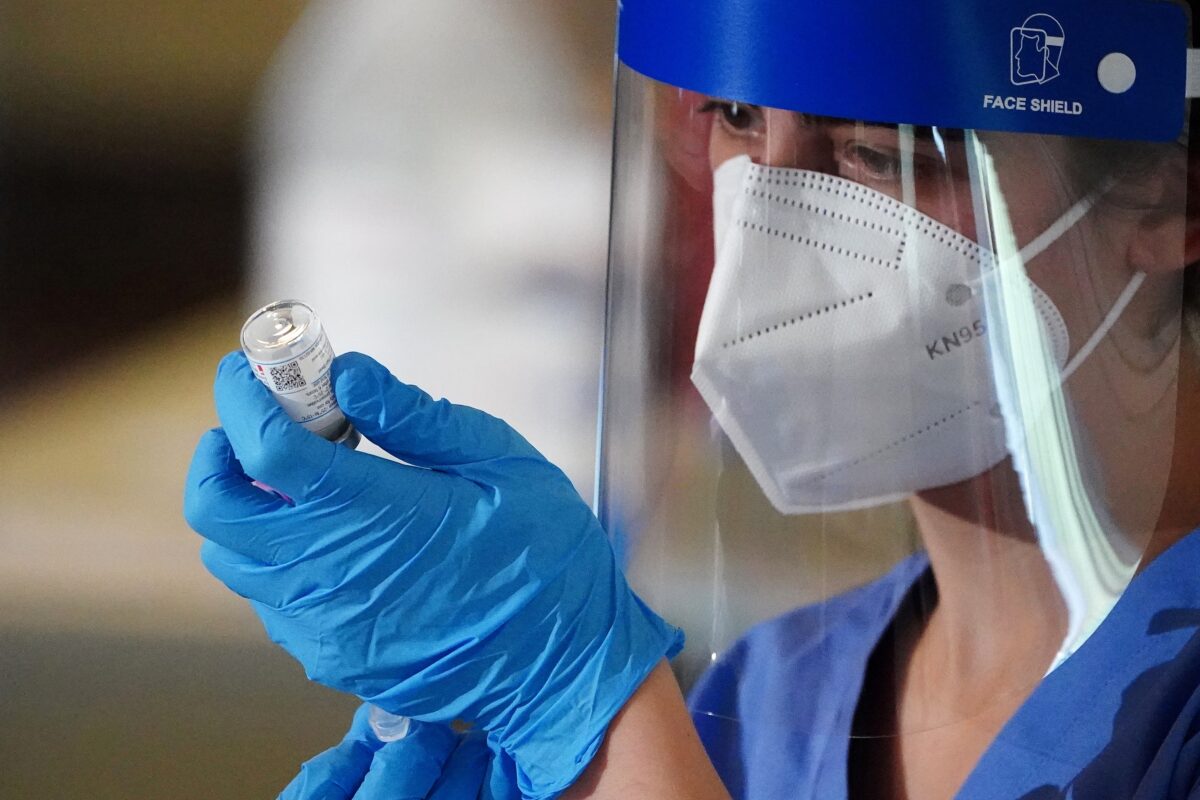 A nurse prepares a syringe with the COVID-19 Moderna vaccine for a worker of the New York City Fire Department Bureau of Emergency Medical Services, amid the COVID-19 pandemic in the Manhattan borough of New York City on Dec. 23, 2020. (Carlo Allegri/Reuters)

CBS’s Margaret Brennan asked Slaoui whether it was reasonable to use the existing vaccine supply to “hit as many people at once” rather than hold back half the doses for a second shot, the idea being to “space out the time between doses” and administer the second booster shot as more doses are manufactured.

Slaoui said the effectiveness data of the vaccine is based on a two-dose regimen at a specific interval and that using up the existing supply on the first wave of shots without clarity on when the second dose would be available may not achieve the goal of providing protection.

“We have no data after one dose,” he said, adding that leaving “people a month, two months, three months with maybe incomplete immunity, waning immunity, maybe even the wrong kind of immune response induced,” would “not be responsible,” referring to Brennan’s suggestion.

He said the correct approach is to maintain the two-dose regimen as the second dose “gives you 10 times higher immune response than the first dose,” adding that a better solution to getting more people vaccinated quickly is to reduce dosage size in the Moderna vaccine.

“I think that’s a more responsible approach that will be based on facts and data to immunize more people. And, of course, we continue to produce more vaccine doses,” he said.

It comes amid concerns that vaccine rollout in the United States has been slow. Trump administration officials had said they expected 20 million people would get vaccinated against COVID-19 by the end of the year, but the figure now stands at around one-third of the initial projection.

Dr. Anthony Fauci, head of the National Institute of Allergy and Infectious Diseases, said in an interview last week on NBC’s “Today” program that “we would’ve liked to have seen it run smoothly and have 20 million doses into people today, by the end of the [year] 2020, which was the projection,” and that “obviously, it didn’t happen, and that’s disappointing.”

“Some States are very slow to inoculate recipients despite successful and very large scale distribution of vaccines by the Federal Government. They will get it done!” Trump wrote in a recent tweet.

Slaoui was asked in the interview whether Operation Warp Speed could help accelerate vaccine rollout, to which he replied: “We stand by here to help any specific request.

“We will do the best we can, as we have done over the last eight months, to make these vaccines, indeed, make it into the arms of people.”