'Structural deficits' are keeping the US in the red.

Treasury Department data released late last week showed the total national debt was $30.9 trillion and on pace to hit $31 trillion as early as this month.

The new milestone is just around the corner even as President Biden boasts about dramatic drops in the annual budget deficit – the difference between what the government spends each year and what it collects in tax revenue. 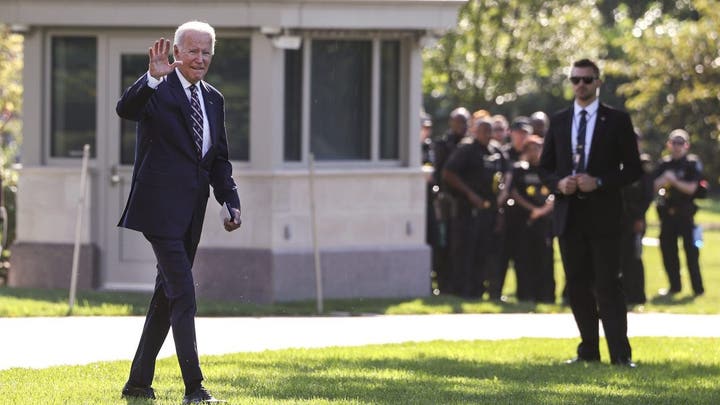 In 2020, when COVID led to a sharp economic downturn and a dramatic spike in new federal spending, the government spent a record-high $3.1 trillion more than the revenue it collected. In 2021, the budget deficit fell just a bit to $2.8 trillion, and it’s expected to be somewhere in the neighborhood of $1 trillion by the end of the current fiscal year that ends Sept. 30.

"You know, Republicans talk about being fiscally responsible," Biden said last week at a Democratic National Committee reception. "Last year, I reduced the deficit $350 billion. You know how much this year, not counting the Medicaid changes? One trillion seven hundred billion dollars. So I don’t want to hear it from Republicans about fiscal responsibility."

But budget experts warn that Biden’s boast is a hollow one, and that he is simply presiding over a winding-down of emergency spending that is resulting in relatively smaller deficits. David Ditch, a federal budget policy analyst at the Heritage Foundation, said it’s a mistake to confuse this wind-down with fiscal responsibility.

Ditch told Fox News Digital that in the decade before COVID-19, the average annual budget deficit was about $1 trillion, and entitlement programs like Social Security, Medicare and Medicaid ensure the deficit will be stuck somewhere around that level.

"The problem is these structural deficits will keep us at about $1 trillion per year, and we may hit $2 trillion per year in the next decade," Ditch said. "Running that deficit every year without an emergency, it’s mind-boggling." 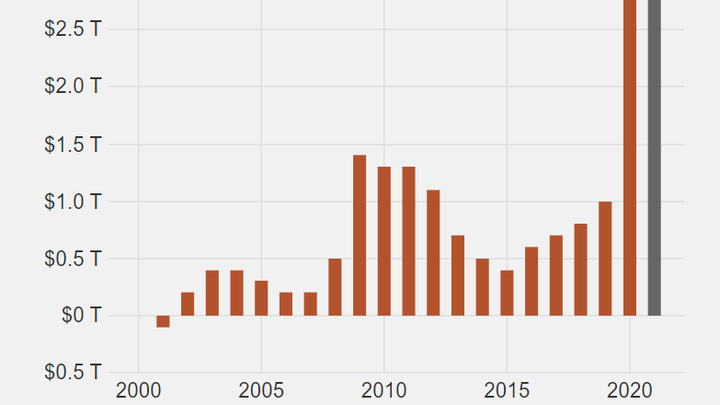 Ditch said entitlement reforms are urgently needed to get spending under control to reduce these structural problems and curb the inflationary effects of federal spending. But he said there’s no interest in that idea under the Biden administration.

"Right now, there’s no appetite for spending reductions," he said. "We hear absolutely none of that from the left."

Instead, he noted that pressure on federal spending continues to rise in the form of recent legislation to fund the semiconductor industry, Biden’s push to forgive student loans and the pricey environment and health bill known as the Inflation Reduction Act. While Democrats point to tax increases in that bill as a way to reduce the federal deficit, the Congressional Budget Office estimated that deficits would rise through 2026 once the bill takes effect.

All of this adds up to a national debt that at best is growing more slowly than it did under the COVID emergency, when it only took a month to rack up $1 trillion in new debt. A return to normal means adding $1 trillion every eight or nine months.