By John Leicester, and James Laporta | The Associated Press

KYIV, Ukraine >> Poland said early Wednesday that a Russian-made missile fell in the eastern part of the country, killing two people in a blast that Ukrainian President Volodymr Zelenskyy decried as “a very significant escalation” of the war.

Serious questions about the explosion remain, including who fi red the missile. Russia denied any involvement. 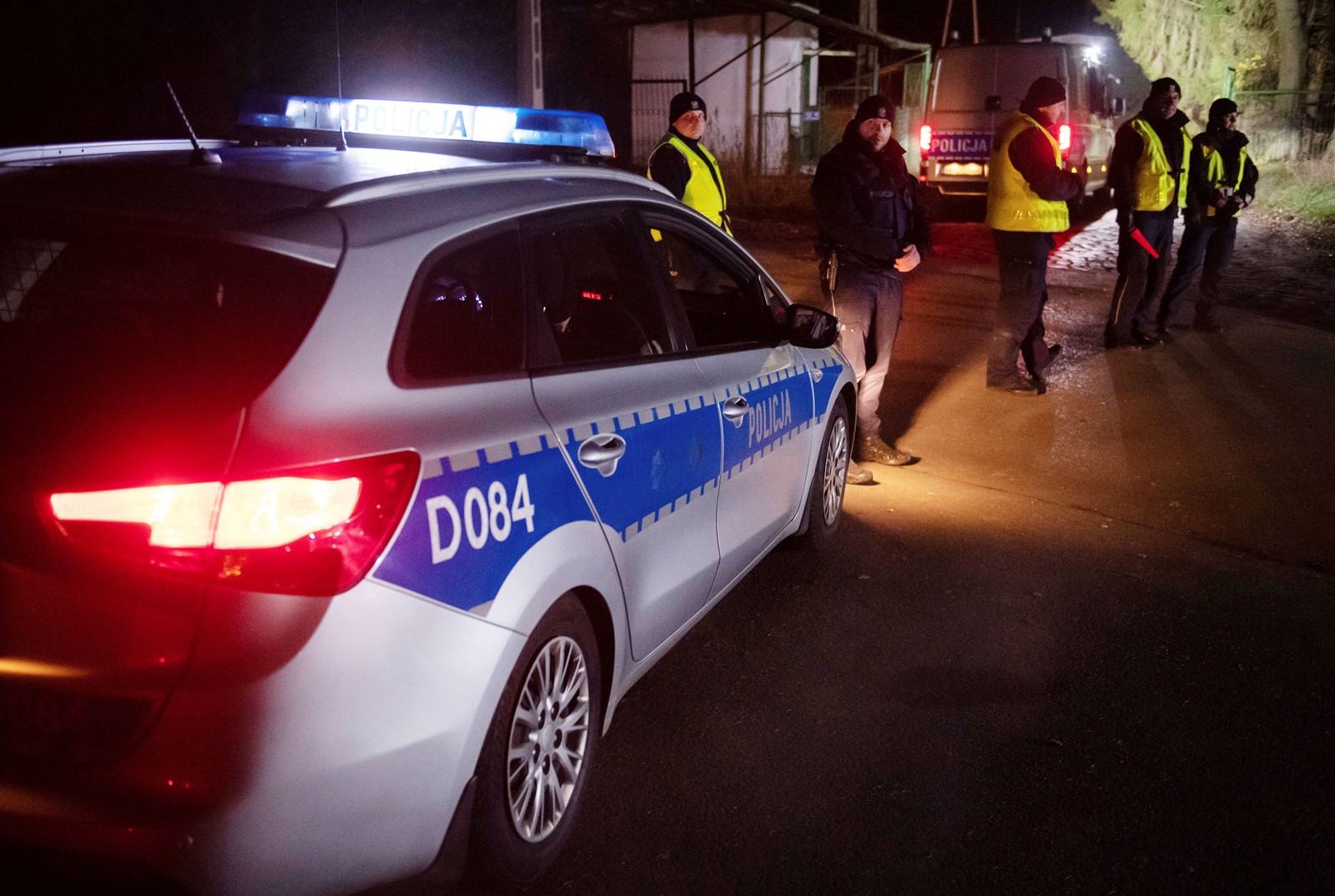 Police officers gather Tuesday outside a grain depot in Przewodow, eastern Poland, where a missile that Polish officials say is “most likely” Russian-made killed two people.

U.S. President Joe Biden said it was “unlikely” that the missile was fi red from Russia, but he convened an emergency meeting of the Group of Seven and NATO leaders who were in Indonesia for another summit. It was not immediately clear whether Biden was suggesting that the missile hadn’t been fi red by Russia at all.

The Polish government said it was investigating and raising its level of military preparedness. Biden pledged support for Poland’s investigation.

Zelenskyy’s comments, delivered in an evening address to the nation, came hours after a senior U.S. intelligence official told The Associated Press that Russian missiles had crossed into Polish territory and killed two people.

A second person said that apparent Russian missiles struck a site in Poland about 15 miles from the Ukrainian border.

A statement from the Polish Foreign Ministry identified the missile as being made in Russia.  But President Andrzej Duda was more cautious about its origin, saying that officials did not know for sure who fi red it or where it was made. He said it was “most probably” Russian-made but that is being still verified.

“We are acting with calm,” Duda said. “This is a difficult situation.”

Biden’s decision to convene an emergency meeting of the G-7 and NATO leaders upended schedules for the final day of the Group of 20 meeting in Indonesia.

Biden, who was awakened overnight by staff with the news of the missile while attending the summit, called Duda to express his condolences. On Twitter, Biden promised “full U.S. support for and assistance with Poland’s investigation,” and “reaffirmed the United States’ ironclad commitment to NATO.”

Meanwhile, NATO Secretary-General Jens Stoltenberg called a meeting of the alliance’s envoys in Brussels. The U.N. Security Council also planned to meet today for a previously scheduled briefing on the situation in Ukraine. The strike in Poland was certain to be raised.

Stoltenberg called an emergency meeting of the alliance’s envoys to discuss the events close to the Ukrainian border in Poland.

In their statements, Poland and NATO used language that suggested they were not treating the missile blast as an intentional Russian attack, at least for now. A NATO statement called it a “tragic incident.”

If Russia had deliberately targeted Poland, it would risk drawing the 30-nation alliance into the conflict at a time when it is already struggling to fend off Ukrainian forces.

Polish media reported that the strike took place in an area where grain was drying in Przewodów, a village near the border with Ukraine.

The Russian Defense Ministry denied being behind “any strikes on targets near the Ukrainian-Polish border” and said in a statement that photos of purported damage “have nothing to do” with Russian weapons.

Tuesday, Russia pounded Ukraine’s energy facilities with its biggest barrage of missiles yet, striking targets across the country and causing widespread blackouts.

The barrage also affected neighboring Moldova. It reported massive power outages after the strikes knocked out a key power line that supplies the small nation, an official said.

The missile strikes plunged much of Ukraine into darkness and drew defiance from Zelenskyy, who shook his fist and declared: “We will survive everything.”

In his nightly address, the Ukrainian leader said the strike in Poland offered proof that “terror is not limited by our state borders.”

“We need to put the terrorist in its place. The longer Russia feels impunity, the more threats there will be for everyone within the reach of Russian missiles,” Zelenskyy said.

Russia fired at least 85 missiles, most of them aimed at the country’s power facilities, and blacked out many cities, he said.

The Ukrainian energy minister said the attack was “the most massive” bombardment of power facilities in the nearly nine-month-old Russian invasion, striking both power generation and transmission systems.

The minister, Herman Haluschenko, accused Russia of “trying to cause maximum damage to our energy system on the eve of winter.”

The aerial assault, which resulted in at least one death in a residential building in the capital, Kyiv, followed days of euphoria in Ukraine sparked by one of its biggest military successes — the retaking last week of the southern city of Kherson.

The power grid already was battered by previous attacks that destroyed an estimated 40% of the country’s energy infrastructure. Zelenskyy said the number of Ukrainians without power had fallen from 10 million to 2 million by Tuesday evening.

Russian President Vladimir Putin has not commented on the retreat from Kherson since his troops pulled out in the face of a Ukrainian offensive. But the stunning scale of Tuesday’s strikes spoke volumes and hinted at anger in the Kremlin.

By striking targets in the late afternoon, not long before dusk began to fall, the Russian military forced rescue workers to labor in the dark and gave repair crews scant time to assess the damage by daylight.

More than a dozen regions — among them Lviv in the west, Kharkiv in the northeast and others in between — reported strikes or efforts by their air defenses to shoot missiles down.

At least a dozen regions reported power outages, affecting cities that together have millions of people. Almost half of the Kyiv region lost power, authorities said.

Zelenskyy warned that more strikes were possible and urged people to stay safe and seek shelter.

“Most of the hits were recorded in the center and in the north of the country. In the capital, the situation is very difficult,” said a senior official, Kyrylo Tymoshenko.

He said a total of 15 energy targets were damaged and claimed that 70 missiles were shot down. A Ukrainian Air Force spokesman said Russia used X-101 and X-555 cruise missiles.

As city after city reported attacks, Tymoshenko urged Ukrainians to “hang in there.”

With its battlefield losses mounting, Russia has increasingly resorted to targeting Ukraine’s power grid, seemingly hoping to turn the approach of winter into a weapon by leaving people in the cold and dark.

Dutch Foreign Minister Wopke Hoekstra took to a bomb shelter in Kyiv after meeting his Ukrainian counterpart and, from his place of safety, described the bombardment as “an enormous motivation to keep standing shoulder-to-shoulder” with Ukraine.