By Hanna Arhirova, and John Leicester | The Associated Press

MYKOLAIV, Ukraine >> Ukraine’s president said Friday that special military units have entered Kherson, a major regional capital that Russian forces had captured early in the war. Residents took to the streets to celebrate Russia’s withdrawal, the latest pullback by Moscow as it faces intense resistance.

In a video address hours after Russia said it had completed withdrawing troops from the strategically key city, President Volodymyr Zelenskyy said: “As of now, our defenders are approaching the city. In quite a bit, we are going to enter. But special units are already in the city.”

Russia relinquished its final foothold in the major city, one of the first to be captured in the invasion that began Feb. 24. The withdrawal could act as a springboard for further advances into occupied territory. 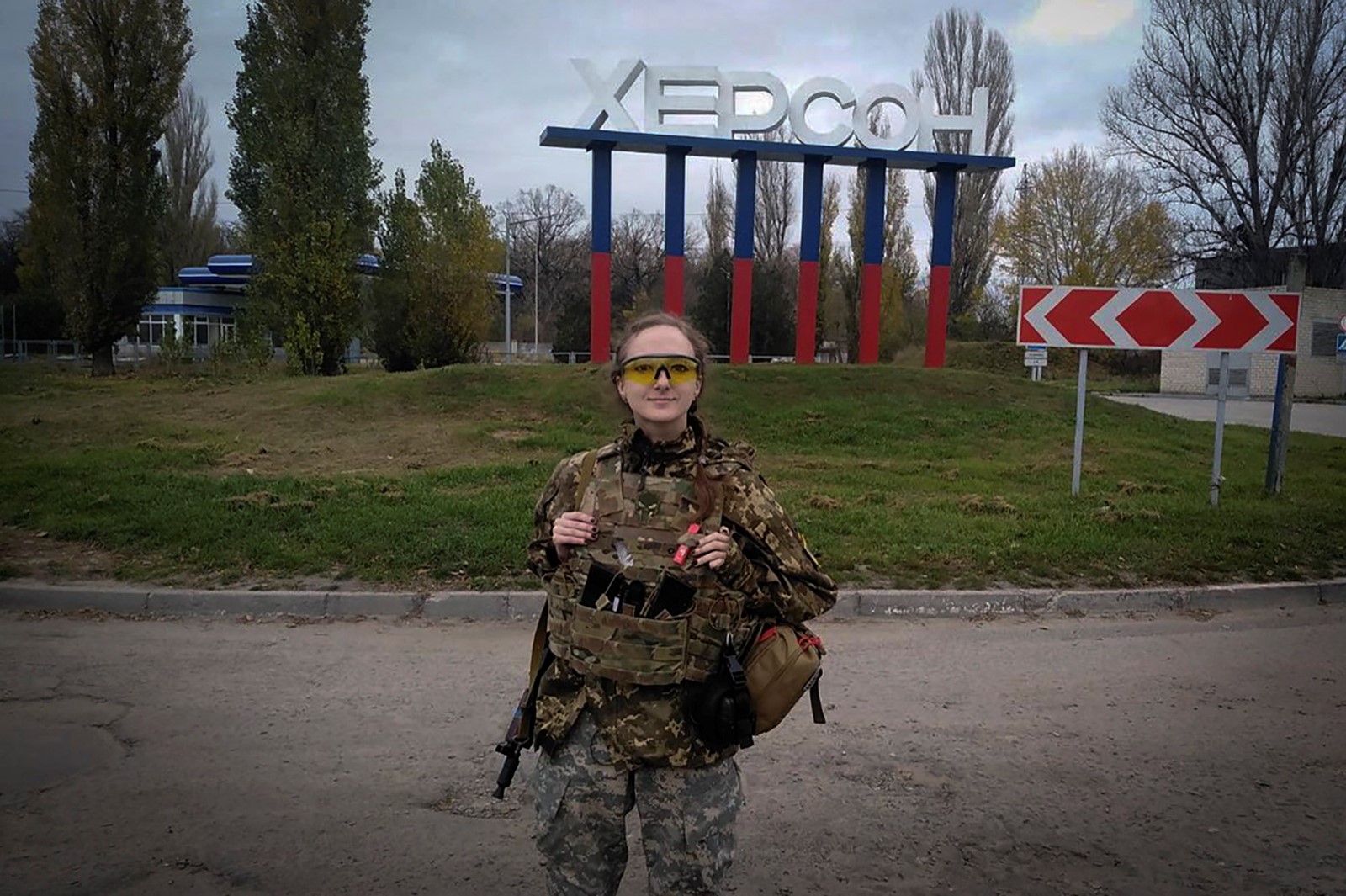 A Ukrainian soldier poses for a photo near a sign saying “Kherson” in the strategically significant Ukrainian city of that name Friday. THE ASSOCIATED PRESS

Russia’s Defense Ministry said its troops finished withdrawing from the western bank of the river that divides Ukraine’s Kherson region at 5 a.m. The area they left included the city of Kherson, the only provincial capital Russia had captured during its nearly nine-month invasion of Ukraine.

Videos and photos on social media showed residents jubilantly taking to the streets, waving Ukrainian flags and chanting in celebration. A Ukrainian flag flew over a monument in a central Kherson square for the first time since the city was seized in early March. Some footage showed crowds cheering men in military uniform and tossing one man wearing combat fatigues up in the air. Other videos showed villagers embracing troops enroute to the city.

Ukrainian officials have not yet confirmed the city was in Ukrainian hands.

Zelenskyy said Russian forces placed mines in the city and that after troops enter they will be followed by sappers, rescue workers and energy personnel. Despite the daunting tasks ahead, “Medicine, communications, social services are returning. ... Life is returning,” he said.

Ukrainian intelligence urged Russian soldiers who might still be in the city to surrender in anticipation of Ukrainian forces arriving. “Your command left you to the mercy of fate,” it said in a statement.

A Ukrainian regional official, Serhii Khlan, disputed the Russian Defense Ministry’s claim that its 30,000 retreating troops took all 5,000 pieces of equipment with them, saying “a lot” of hardware got left behind.

In Kyiv, celebrations on the capital’s main square continued into the night, with people popping open wine bottles and shouting “Glory to Ukraine.” Some expressed surprise at the speed of events.