An active manhunt is unfolding on and around the University of Virginia grounds Monday morning for Christopher Darnell Jones, Jr., a UVA student and former college football player named as the suspect in the shooting on the Charlottesville campus Sunday night that left three people dead and another two injured.

Jones, now considered armed and dangerous, was a former UVA football player. According to the school’s athletic department website, he was on the football team in 2018 but never played a game.

Police describe Jones as a Black male last seen wearing a burgundy jacket or hoodie, blue jeans and red shoes. He might be driving a black SUV with the Virginia tag TWX3580.

Few details were immediately known about the suspected gunman. 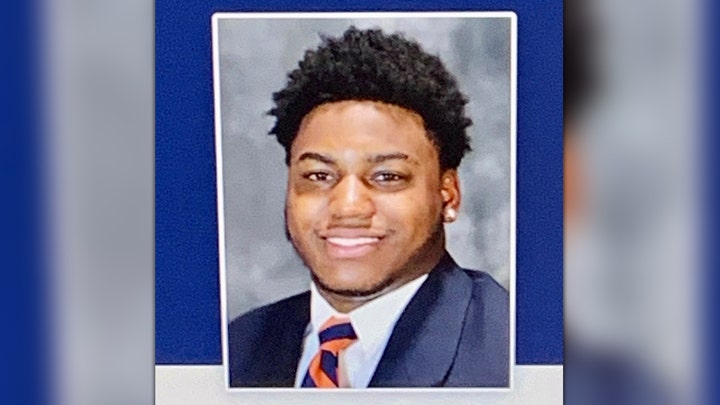 In a message to the community Monday morning, UVA President Jim Ryan confirmed that Jones is a student.

"As of writing this, I am heartbroken to report the shooting has resulted in three fatalities; two additional victims were injured and are receiving medical care," Ryan wrote. "Our University Police Department has joined forces with other law enforcement agencies to apprehend the suspect, and we will keep our community apprised for developments as the situation evolves."

Classes were canceled on Monday, as students and faculty were instructed to remain sheltered in place.

He previously attended Varina High School for three years before transferring to Petersburg High School, where as a senior, he played as linebacker and running back, Newsweek reported.

In 2018, Jones was featured in a story for the Richmond Times-Dispatch with the headline, "Petersburg High graduate navigated a fractured path to graduation."

The article says that Jones, who grew up in the Essex Village and Mosby Court housing complexes in Richmond, saw his parents divorce at age five and did not see his father again until years later as a teenager. 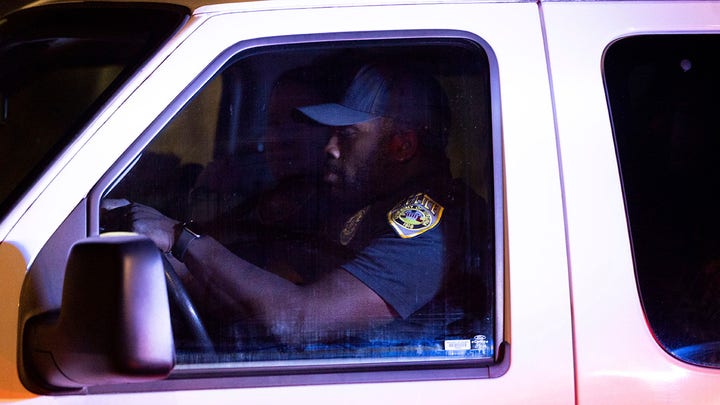 According to relatives, he did well in school, but Jones also got into fights, leading to suspensions. He said family members and mentors pushed him to focus on his grades and curb his anger. ""If it wasn't for these people in my life, I would've been just another kid whose dad left him," Jones reportedly said.

Multiple agencies, including Virginia State Police helicopter, are actively searching for the suspect.

The shooting unfolded about a month before exam week for the fall semester.

Before 7 a.m. on Monday, the UVA Police Department and UVA Emergency Management warned on their Twitter accounts that a complete search on and around the university grounds were happening at this time and to expect increased law enforcement presence and continue to shelter in place.

The shooting happened around 10:30 p.m. on Sunday in the Culbreth parking garage, prompting a campus alert warning the school community of an active attacker firearm reported and to "RUN. HIDE. FIGHT."

"This is a message any leader hopes never to have to send, and I am devastated that this violence has visited the University of Virginia," Ryan added Monday morning. "I am holding the victims, their families, and all members of the University of Virginia community in my heart today, and we will make plans to come together as a community to grieve as soon as the suspect is apprehended."

Vice President and Dean of Students Robyn S. Hadley said in a message to the student body early Monday, "I am on Grounds like many of you; I am sheltering in place and in direct touch with University leadership and UPD."

"Please, please take the shelter in place commands seriously as the situation remains active. The suspect is armed and dangerous. If you are not inside and safe, immediately seek safety," the message added.