Vets honored as ‘best of America’ 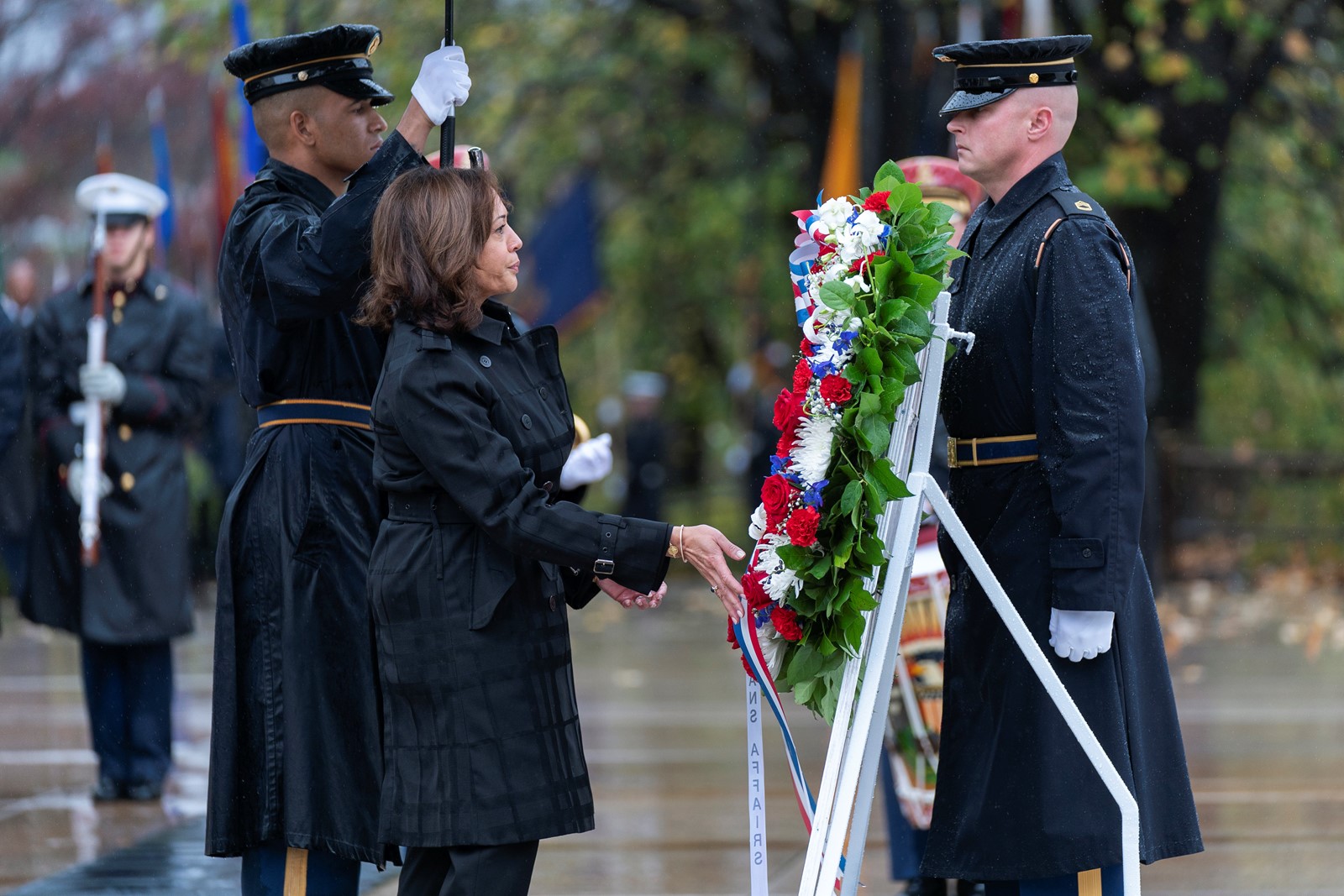 Vice President Kamala Harris places a wreath at the Tomb of the Unknown Soldier during the National Veterans Day observance at Arlington National Cemetery in Arlington, Va., on Friday. “Every day, through your life’s work and your example, you make America stronger,” she told the crowd. MANUEL BALCE CENETA — THEASSOCIATED PRESS

By Chris Megerian, and Colleen Long | The Associated Press

“Every day, through your life’s work and your example, you make America stronger,” she told the crowd. “On Veterans Day, we come together to express our profound gratitude for all you have done and you continue to do.”

“Veterans represent the best of America,” she said.

The initiative, known as the Hidden Helpers Coalition, helps young people who act as caregivers and was announced by first lady Jill Biden, who hosted a breakfast for veterans on Friday before she, Harris and second gentleman Doug Emhoff came to the annual ceremony at the Virginia cemetery. 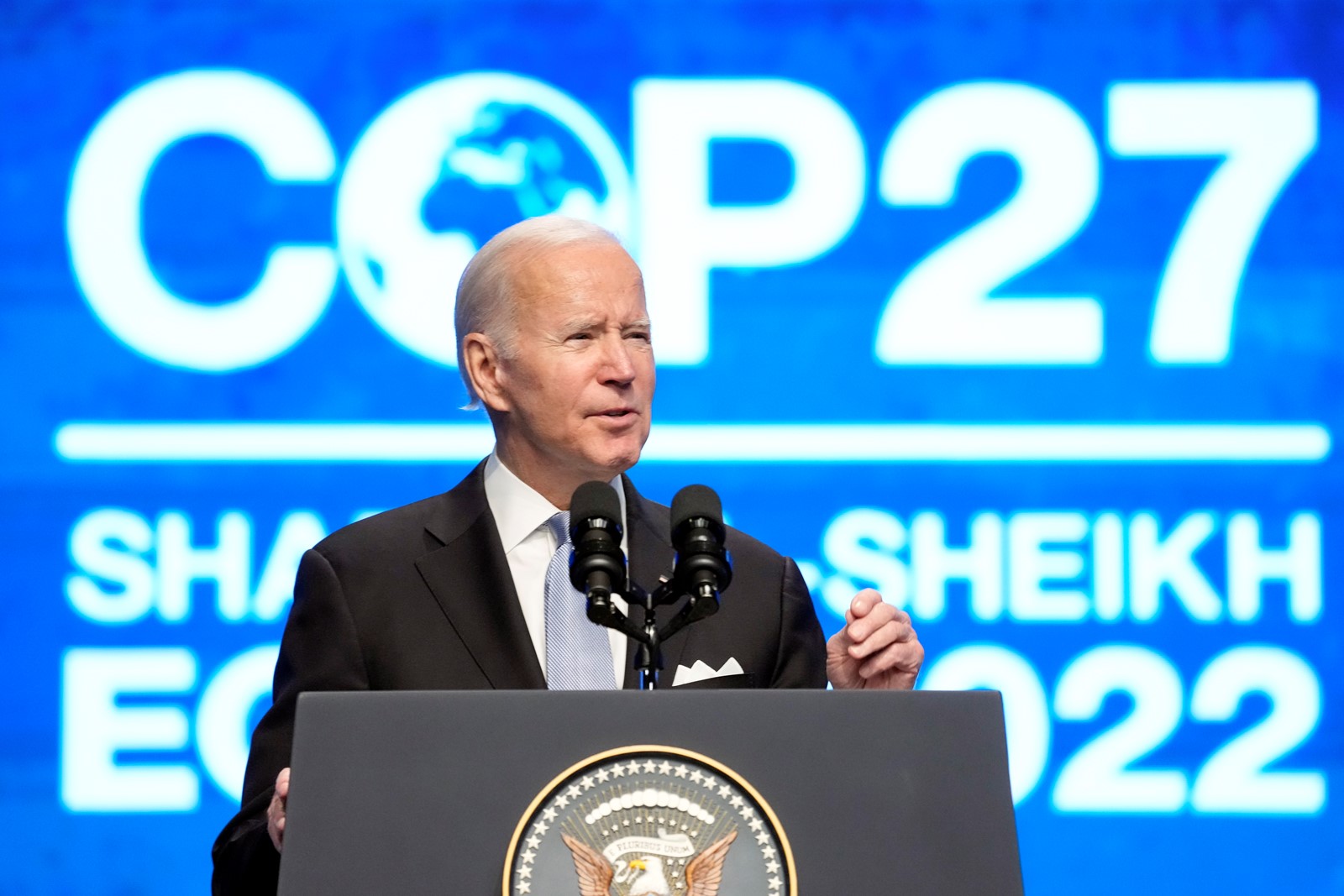 President Joe Biden attends the COP27 U.N. Climate Summit on Friday at Sharm el-Sheikh, Egypt. “America’s veterans and their families, survivors and caregivers are the very spine and soul of the United States,” Biden said in honor of Veterans Day. ALEXBRANDON — THE ASSOCIATED PRESS

With President Joe Biden in Egypt for a United Nations conference on climate, it was Harris who placed the wreath in a somber ceremony at the Tomb of the Unknown Soldier, which is dedicated to deceased service members whose remains have not been identified. She arranged it carefully, fussing a bit with the ribbons to move them back in place after they were blown askew by the wind and rain.

Harris said the nation owes soldiers a great debt, and that the Biden administration was working to deliver on help with housing, health care and jobs. She noted Jill Biden’s work with the families of veterans, saying “while our veterans wore the uniform, they’re not the only ones who have served.”

“As Americans, we have a sacred obligation to take care of our veterans and our military families,” she said. “Fulfilling that obligation means making sure veterans can access the support and resources they need to thrive.”

Defense Secretary Lloyd Austin and Mark Milley, chairman of the Joint Chiefs of Staff, along with Transportation Secretary Pete Buttigieg, himself a veteran, joined.

This is the first Veterans Day since Biden signed legislation expanding health care for service members who were exposed to burn pits in Iraq and Afghanistan or to chemicals that were used in previous conflicts.

The legislation, known as the PACT Act, was a priority for Biden. His eldest son, Beau Biden, died of brain cancer in 2015, several years after he was exposed to a burn pit during military service in Iraq.

From Egypt, Biden acknowledged the sacrifices of America’s veterans there.

“This day is a day of commemoration at home in the United States. It’s Veterans Day,” he said. “America’s veterans and their families, survivors and caregivers are the very spine and soul of the United States. And on this special day, on every day, I honor all those who sacrifice to our nation, like my son.”

More than 137,000 claims involving toxic exposure have been fi led, the Biden administration says. The Department of Veterans Affairs also began asking veterans about possible toxic exposure earlier this week in an attempt to identify any health complications.

The Democratic president also released a video message before he left Thursday night for Egypt. He also has stops in Cambodia and Indonesia before he returns for his granddaughter’s wedding at the White House on Nov. 19.