World Bank warning: Global economy is at risk of recession

By CHRISTOPHER RUGABER | THE ASSOCIATED PRESS

WASHINGTON >> The global economy will come “perilously close” to a recession this year, led by weaker growth in all the world’s top economies — the United States, Europe and China — the World Bank warned on Tuesday.

In an annual report, the World Bank, which lends money to poorer countries for development projects, said it had slashed its forecast for global growth this year by nearly half, to just 1.7%, from its previous projection of 3%. If that forecast proves accurate, it would be the third-weakest annual expansion in three decades, behind only the deep recessions that resulted from the 2008 global financial crisis and the coronavirus pandemic in 2020. 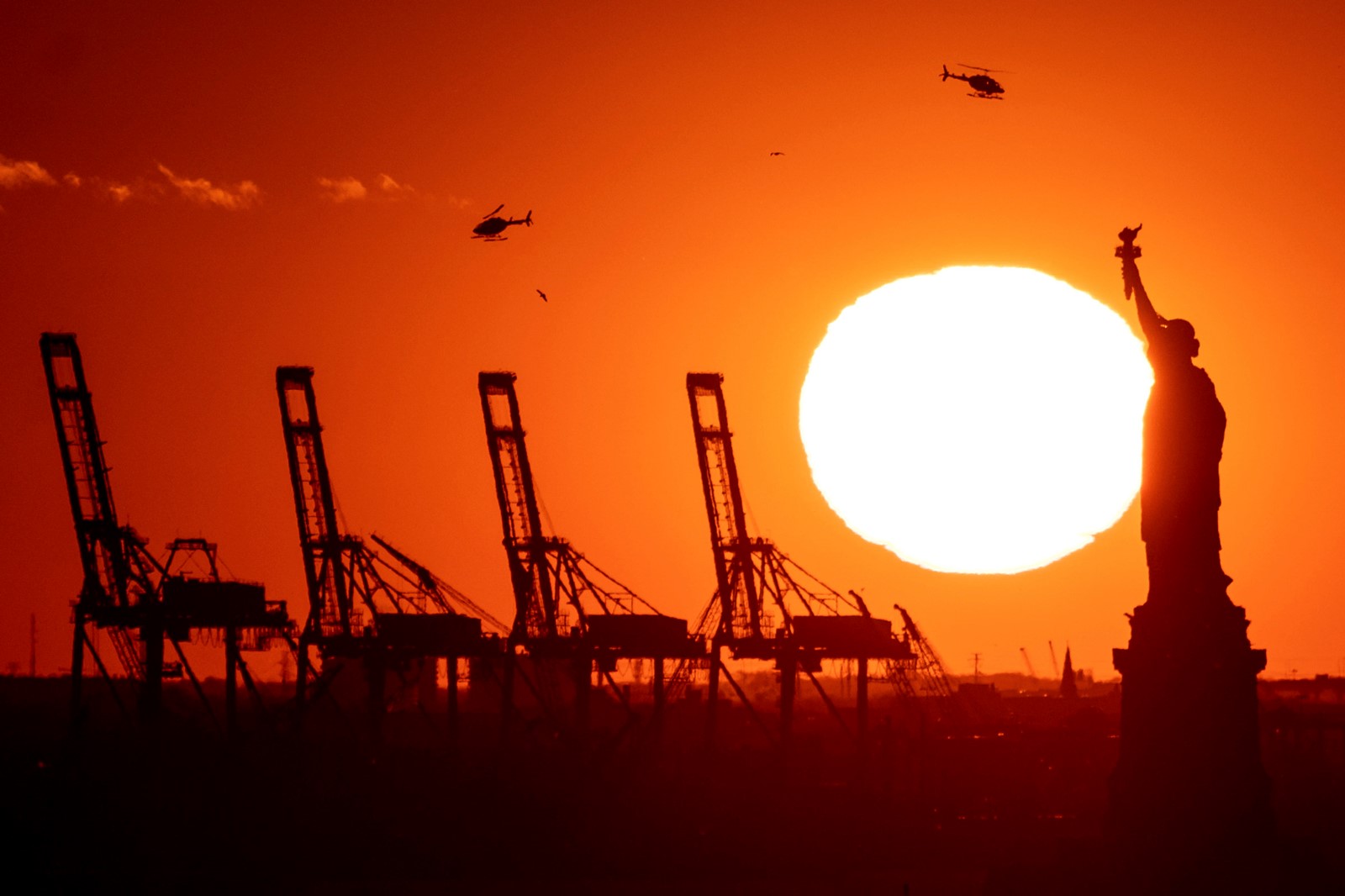 The global economy will come “perilously close” to a recession this year, led by weaker growth in all the world’s top economies, the World Bank warned Tuesday. JULIANIKHINSON — THE ASSOCIATED PRESS FILE

Though the United States might avoid a recession this year — the World Bank predicts the U.S. economy will eke outgrowth of 0.5% — global weakness will likely pose another headwind for America’s businesses and consumers, on top of high prices and more expensive borrowing rates. The United States also remains vulnerable to further supply chain disruptions if COVID-19 keeps surging or Russia’s war in Ukraine worsens.

And Europe, long a major exporter to China, will likely suffer from a weaker Chinese economy.

The World Bank report also noted that rising interest rates in developed economies like the United States and Europe will attract investment capital from poorer countries, thereby depriving them of crucial domestic investment. At the same time, the report said, those high interest rates will slow growth in developed countries at a time when Russia’s invasion of Ukraine has kept world food prices high.

“Russia’s invasion of Ukraine has added major new costs,” World Bank President David Malpass said on a call with reporters. “The outlook is particularly devastating for many of the poorest economies where poverty reduction is already ground to a halt and access to electricity, fertilizer, food and capital is likely to remain limited for a prolonged period.”

The impact of a global downturn would fall particularly hard on poorer countries in such areas as Saharan Africa, which is home to 60% of the world’s poor. The World Bank predicts per capita income will grow just 1.2% in 2023 and 2024, which is such a tepid pace that poverty rates could rise.

“Weakness in growth and business investment will compound the already devastating reversals in education, health, poverty and infrastructure and the increasing demands from climate change,” Malpass said. “Addressing the scale of these challenges will require significantly more resources for development and global public goods.”

Along with seeking new financing so it can lend more to poorer countries, Malpass said, the World Bank is, among other things, seeking to improve its lending terms that would increase debt transparency, “especially for the rising share of poor countries that are at high risk of debt distress.”

The report follows a similarly gloomy forecast a week earlier from Kristina Georgieva, the head of the International Monetary Fund, the global lending agency. Georgieva estimated on CBS’ “Face the Nation” that one-third of the world will fall into recession this year.

“For most of the world economy, this is going to be a tough year, tougher than the year we leave behind,” Georgieva said. “Why? Because the three big economies — U.S., EU, China— are all slowing down simultaneously.”

The World Bank projects that the European Union’s economy won’t grow at all next year after having expanded 3.3% in 2022. It foresees China growing 4.3%, nearly a percentage point lower than it had previously forecast and about half the pace that Beijing posted in2021.

The bank expects developing countries to fare better, growing 3.4% this year, the same as in 2022, though still only about half the pace of 2021. It forecasts Brazil’s growth slowing to 0.8% in 2023, down from 3% last year. In Pakistan, it expects the economy to expand just2% this year, one-third of last year’s pace.