34 Shot, 8 Murdered in Chicago Over the Weekend 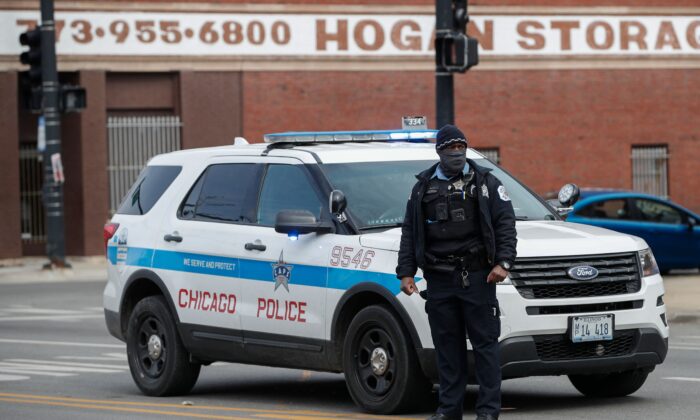 Chicago saw a violent weekend, with 30 shootings between Friday evening and Sunday night.

Thirty-four people were shot and eight were murdered, according to statistics from the Chicago Police Department.

The violence started at approximately 2:18 p.m. when a 19-year-old man was shot in the 5000 block of West Monroe. He was taken to a hospital and was last reported in good condition. No suspect was in custody.

Another shooting occurred less than an hour later in the 4000 block of West Potomac. A male victim of unknown age “heard shots and felt pain.” He was treated for a gunshot wound to the foot. No suspects were in custody.

Two other shootings unfolded on Friday, including a 54-year-old male being struck in the leg and taken to Loyola Hospital in serious condition.

Six additional shootings took place on Saturday before 6 a.m. In one case, around 1:20 a.m., a green SUV with an unknown number of occupants began shouting gang slogans before opening fire at a 25-year-old male who was trying to pump gas in the 7700 block of South Kedzie. The victim was struck and rushed to the hospital.

Easter Sunday proved especially violent, with 16 shootings and a spate of homicides.

The violence started before 1 a.m., when a 38-year-old man driving eastbound on West 37th Street heard gunshots and felt pain. A bullet had gone through his rear window and struck his right arm. The man was taken to Mercy Hospital in good condition.

In one of the killings, two males were driving northbound on North Humboldt Drive around 8 p.m. when two males approached the vehicle on separate orange dirt bikes and began shooting as they passed the vehicle. A 19-year-old in the car was struck in the neck and pronounced dead at Stroger Hospital. The other man survived but is in critical condition at St. Mary’s Hospital.

Another murder took place just before midnight. A 45-year-old male was found on the ground with multiple gunshot wounds to his chest on South Throop Street.

“The victim was unable to communicate details regarding the incident due to the severity of his injuries,” police said in an incident summary. The man was transported to the hospital and declared dead.

No suspects are in custody for any of the shootings that took place over the weekend.

Most major U.S. cities, including Chicago, saw a spike in the murder rate in 2020.