Allies fail to resolve dispute on battle tanks for Ukraine

By LOLITA BALDOR AND TARA COPP | THE ASSOCIATED PRESS

RAMSTEIN AIR BASE, Germany >> Ukraine will have to wait longer to find out if it will get advanced German-made battle tanks.

A dispute over sending the tanks from Western allies to help Ukraine against Russia’s invasion played out both in public and private on Friday, as more than 50 defense leaders meeting in Germany failed to hammer out an agreement — stalled by Berlin’s hesitation.

Failure to reach agreement on what has become an urgent request from Ukrainian leaders largely overshadowed commitments from a number of nations — including the U.S. — to send billions of dollars in equipment and weapons to the war effort. 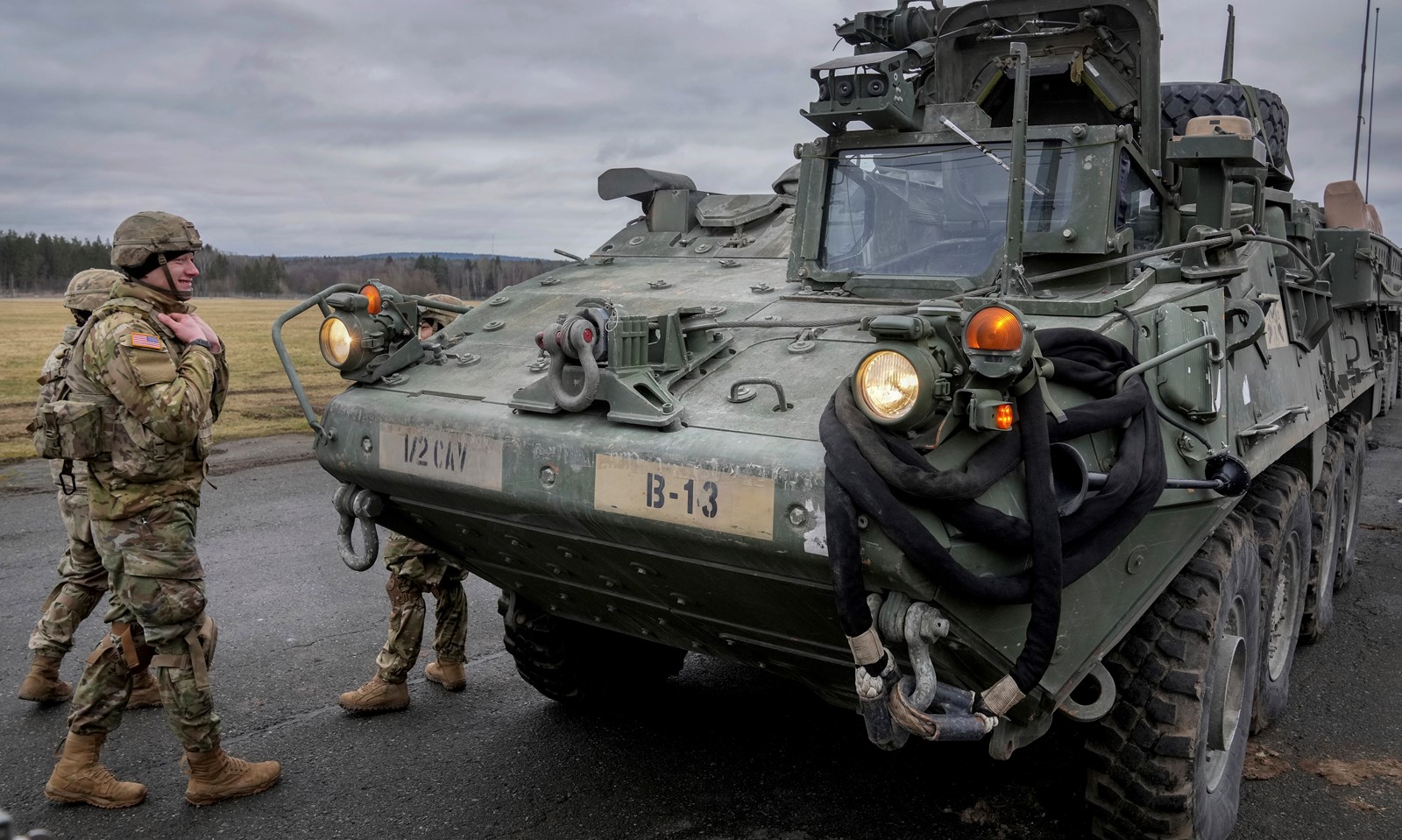 Soldiers of the 2nd Cavalry Regiment stand next to a Stryker combat vehicle in Vilseck, Germany, last year. The U.S. plans to send 90 Strykers to Ukraine. MICHAEL PROBST —ASSOCIATED PRESS

While U.S. and NATO leaders denied any dissension in the ranks and praised Germany for its widespread weapons and training contributions to Ukraine, a smaller group of leaders met privately with the Germans to try to find common ground. They were unable to forge a consensus on sending the German-made Leopard tanks.

Polish Defense Minister Mariusz Blaszczak said Friday that 15 countries that have the Leopards discussed the issue but no decisions were made. He called the meeting a “good discussion among allies” and said the matter would be discussed again at future talks.

Germany would need to agree for the tanks to be given to Ukraine, which is not a member of NATO. Despite pleas from Ukrainian officials, Germany has so far resisted mounting pressure to quickly supply Leopard 2 tanks to Kyiv, or at least clear the way for other countries, such as Poland, to deliver them from their own stocks.

Asked at the close of the Friday meeting whether Germany was “doing enough,” U.S. Defense Secretary Lloyd Austin responded, “Yes, but we can all do more.”

Austin also downplayed the immediate importance of tanks, noting that the U.S. Stryker combat vehicles and Bradley armored vehicles that are being sent would give Ukraine new capabilities in the war. “This isn’t really about one single platform,” he said.

The defense leaders heard an impassioned plea for more military aid from Ukrainian President Volodymyr Zelenskyy. Speaking via video link, he told the gathering that “terror does not allow for discussion.” He said “the war started by Russia does not allow delays.”

Germany acknowledged there had been no resolution. But, speaking to reporters outside the conference hall, Defense Minister Boris Pistorius said, “We will make our decisions as soon as possible.”

He said he had ordered the ministry to look into Germany’s tank stocks so he can be prepared for a possible green light and be able to “act immediately.” Pistorius added that Germany will “balance all the pros and contras before we decide things like that. … I am very sure that there will be a decision in the short term but … I don’t know how the decision will look.”

The issue, however, has grown increasingly complicated.

The U.S. has resisted providing its own M1 Abrams tanks to Ukraine, citing extensive and complex maintenance and logistical challenges with the high-tech vehicles. Washington believes it would be more productive to send German Leopards since many allies have them and Ukrainian troops would need less training than on the more difficult Abrams.

A U.S. official familiar with White House thinking said Germany has expressed hesitance to providing its tanks unless the U.S. sends Abrams. The official, who spoke on the condition

of anonymity to discuss private Biden administration deliberations, added that there was some bewilderment in the administration over the German position, since Britain, another NATO ally, has already agreed to provide Challenger 2 tanks.

Steffen Hebestreit, a spokesman for the German government, denied that Berlin has demanded that the U.S. supply Abrams tanks alongside any shipment of Leopards.

“All these tanks will require both maintenance and repairs, and so on, so (sending them) will add to Ukraine’s problems, but will not change anything with regard to the Russian side achieving its goals,” spokesman Dmitry Peskov said at a media briefing.

Austin and U.S. Army Gen. Mark Milley, chairman of the Joint Chiefs of Staff, laid out the latest massive package of aid the U.S. is sending, which totals $2.5 billion and includes Stryker armored vehicles for the first time. It also will provide eight air defense systems,350 Humvees, 53 Mine Resistant Ambush Protected vehicles, more than 100,000 rounds of artillery ammunition and rockets, and missiles for the High Mobility Artillery Rocket System.

Germany’s Pistorius, who took office Thursday, said that opinions among allies were mixed on the tank issue, and added that “the impression that has occasionally arisen that there is a united coalition and Germany is standing in the way is wrong.”

Milley told reporters traveling with him this week that new U.S. training of Ukrainian troops, combined with an array of new weapons and armored vehicles, will be key to helping the country’s forces take back territory that has been captured by Russia in the nearly 11-month-old war.

The influx of new weapons, tanks and armored carriers comes as Ukraine faces intense combat in the country’s east around the city of Bakhmut and the nearby salt mining town of Soledar. The battles are expected to intensify in the spring.

Milley said Friday that the number of Russian dead and wounded is now “significantly over”100,000 people, a figure he gave in November.

“This is a very, very bloody war and there’s significant casualties on both sides,” he said.  “Sooner or later, this is going to have to get to a negotiating table at some point in order to bring this to a conclusion.”