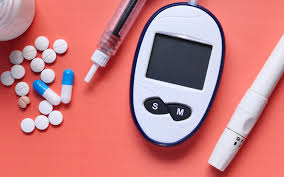 DEAR DR. ROACH >> I have been pre-diabetic for around 13 years and had been able to keep it that way though diet and exercise — no medications for it. But the real issue now is that I have developed congestive heart failure, which probably sounds worse than it really is. However, the medications I have been given for it (Lasix, spironolactone, carvedilol) from my cardiologist and finasteride for prostate issues have totally ruined my glucose numbers. I used to see around 100 in the mornings. I almost never got to the 120s. Now after a couple months on those drugs I am seeing closer to 150 in the morning.

After meals the numbers are running nearly 100 points higher than without them. My doctor tried to get me a drug, but that was so expensive as a copay that I had to tell the drugstore I couldn’t afford that, which I can’t.

When I google what to do when your glucose is affected by medication, I get all kinds of sites, but none really seem to have an alternative to the regimen I am now having to take. So, to fix one issue, I fear the diabetes I have worked so hard to contain is going to become a serious problem. What do I do?

DEAR READER >> Many medicines can make blood sugar control worse. This can cause a person’s well-controlled diabetes to slip out of control, or take a person with pre-diabetes and turn them overtly diabetic. Some blood pressure medicines (thiazidetype diuretics, such as HCTZ, some beta blockers), cholesterol medicines (statins, niacin) and psychiatric medicines (many medicines for schizophrenia) are among the most common drugs to do so.

It is often difficult to choose medicines to treat one condition while avoiding those that can make a second condition worse.

Often, we choose the medications that most help the most life- or health-threatening condition, and deal with the consequences on the other condition as best we can.

In your case, none of the medicines you are on commonly worsen diabetes.

So, either you are having an unusual reaction to one (or more) of your medicines, or there is something else going on that is making the blood sugar go up.

Heart failure, which is an inability for the heart to supply adequate blood flow for the body’s needs, is a common condition that ranges from very mild to very severe.

Heart failure itself is a risk factor for developing diabetes, so it makes sense that new onset heart failure could raise blood sugar in people with pre-diabetes.

There are some cases where treatment of one condition makes the other condition better, and this may be one of those times. The class of drugs known as SGLT2 inhibitors such as empagliflozin (Jardiance) are commonly used for diabetes, but have also been shown to reduce hospitalizations in people with heart failure.

I wonder if this is what your doctor was trying to get you. Since unfortunately these medications are expensive, your doctor may have less expensive options if your diet and exercise are inadequate to control the diabetes. Heart failure often affects a person’s ability to do exercise.