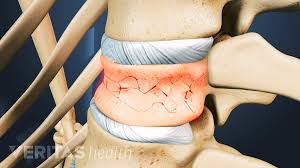 DEAR DR.ROACH >> My father died two years ago at age 73. For about six months, he had been experiencing excruciating back pain, which surgery didn’t help. A few years earlier, he had been treated for bladder cancer. He was due to have a follow-up appointment with his cancer specialist but didn’t because he was overwhelmed with the back pain and didn’t want to think about cancer, too.

Well, eventually he ended up in the hospital, and it was found that cancer had spread throughout his body. He died a month later.

My question is whether his back pain was a symptom of the cancer. Should back specialists be alert to the possibility of cancer if their standard treatments don’t work? Should people with severe back pain be proactive and ask for further tests?

I’m guessing that if his back specialist had been more alert, he would not have had to suffer in pain for so long, nor would his cancer have been allowed to progress beyond treatment. If that’s true, then other doctors (and other patients) need to learn from his death.

DEAR READER>> I am very sorry about your father.

New onset of severe back pain in any person with a history of cancer, especially recent cancer, is a very concerning symptom and requires urgent evaluation.

Bladder cancer has a propensity to spread to bones, along with lung, kidney, breast, prostate, thyroid and others. These should lead the doctor — whether primary care or specialist — to be alert to the possibility of the bone pain being due to cancer.

What is surprising in your father’s story is that he had surgery. Before surgery, a surgeon will almost always do imaging studies, including plain X-rays or a CT/ MRI. If cancer is suspected, a radionuclide bone scan may be ordered (the exact type of imaging should be discussed with the person’s oncologist, as different cancers may show up better using different types of imaging). It’s possible the cancer remained undetectable until it was too late.

The fact that the pain did not get better with surgery increases my suspicion that the original pain may indeed have been due to cancer, as you fear. While your father’s back specialist should have done a thorough evaluation (I don’t know what the evaluation was), when he didn’t get any better, he should certainly have seen his oncologist right away, not waited for a regular follow-up. I don’t mean to suggest it was your father’s fault, but as you correctly say, being proactive with this “red flag” symptom is important.

DEAR DR.ROACH >> I usually have mild symptoms of acid reflux, but my specialist said it was somewhat useless to take omeprazole or famotidine because, over time, they become ineffective. My brother-in-law takes a pill very day, and has for years.

My doctor supports occasional use only. What do you say, please?

DEAR READER>> Many, many people have occasional symptoms of acid reflux, also called GERD. The most common symptom is heartburn, but cough, wheezing and voice changes are other symptoms.

I also advise occasional use, but that’s because most people’s symptoms are occasional, and I’d rather people not take more medication than they need.

Omeprazole, a type of medication called a proton pump inhibitor, takes a few days to begin working most effectively, so it should not be taken on an as-needed basis. I usually prescribe a six-week course. Famotidine is in a different class, called H2 blockers, which start working right away and are a good choice for occasional symptoms.

A medicine like omeprazole remains effective in long-term use.