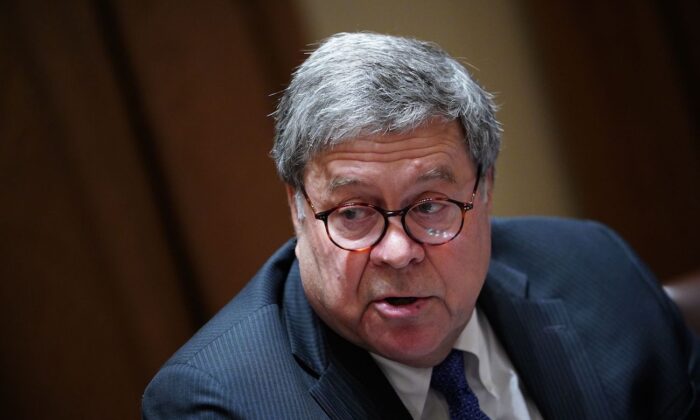 By  Mimi Nguyen Ly and Melane Sun | The Epoch Times

Attorney General William Barr has authorized federal prosecutors across the country to “pursue substantial allegations” of voting irregularities, according to a leaked memo.

“I authorize you to pursue substantial allegations of voting and vote tabulation irregularities prior to the certification of elections in your jurisdictions in certain cases, as I have already done in specific instances. Such inquiries and reviews may be conducted if there are clear and apparently credible allegations of irregularities that, if true, could potentially impact the outcome of a federal election in an individual State,” read part of the 2-page internal memo.

The memo was reportedly sent to U.S. attorneys, assistant attorneys general for the criminal division, civil rights division, national security division, and the director of the FBI.

“Any investigation of claims of irregularities that, if true, would clearly not impact the outcome of a federal election in an individual State should normally be deferred until after the election certification process is completed. While U.S. Attorneys maintain their inherent authority to conduct inquiries and investigations as they deem appropriate, it will likely be prudent to commence any election-related matters as a preliminary inquiry so as to assess whether available evidence warrants further investigative steps,” it added.

The memo said that Department of Justice (DOJ) personnel should “exercise appropriate caution” and “maintain the Department’s absolute commitment to fairness, neutrality, and non-partisanship.”

“You are the most senior leaders in the United States Department of Justice and I trust you to exercise great care and judgment in addressing allegations of voting and vote tabulation irregularities,” Barr wrote. “While serious allegations should be handled with great care, specious, speculative, fanciful or far-fetched claims should not be a basis for initiating federal inquiries.”

Barr also noted that the memo does not suggest that the DOJ has concluded that voting irregularities have in the past impacted the outcome of any election. 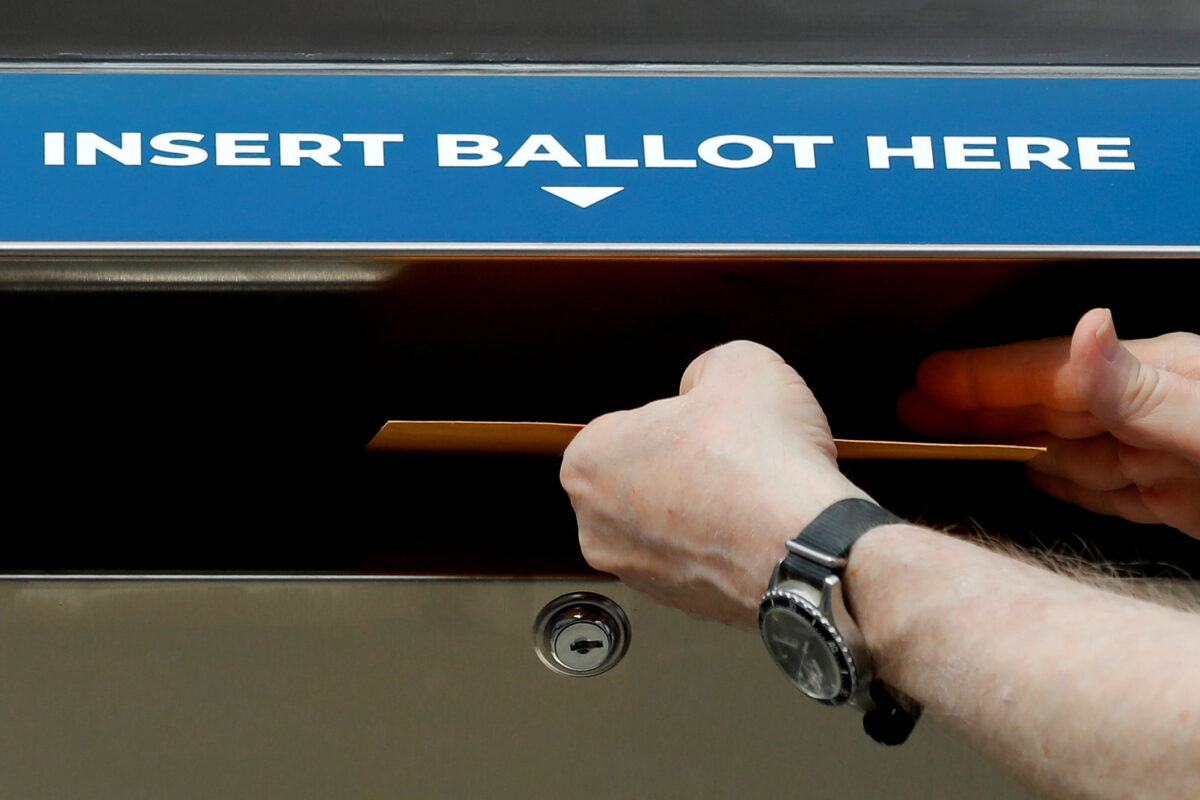 A sample ballot is inserted into a ballot drop box in New York City, on Aug. 31, 2020. (Mike Segar/Reuters)

“Rather, I provide this authority and guidance to emphasize the need to timely and appropriately address allegations of voting irregularities so that all of the American people, regardless of their preferred candidate or party, can have full confidence in the results of our elections,” the memo said. “The American people and the leaders they freely elect deserve nothing less.”

On Sept. 2, amid Republican concerns of voter fraud due to the unprecedented distribution of mail-in ballots, Barr said during an appearance on CNN that he was aware of several “very big” voter fraud investigations in multiple states due to reported issues with mail-in ballots.

“This is playing with fire. We’re a very closely divided country here and people have to have confidence in the results of the election and the legitimacy of the government. And people trying to change the rules to this methodology—which as a matter of logic is very open to fraud and coercion—is reckless and dangerous,” he said at the time.

Now that voting has closed, Barr is encouraging department staff to pursue further investigations that were not possible before the election.

According to the DOJ’s policies described in the Criminal Division’s manual of Federal Prosecutions of Election Offenses (pdf), there are several legal and investigative considerations that staff must consider when investigating and prosecuting election offenses.

“Voters should not be interviewed, or other voter-related investigation done, until after the election is over” to avoid actions that may act to “chill legitimate voting activities” or lead to the perception that the department is intruding on the election, the manual says. It also specifies that “in most cases, election-related documents should not be taken from the custody of local election administrators until the election to which they pertain has been certified, and the time for contesting the election results has expired.”

There was no suggestion in Barr’s memo for staff to break from department policies at any stage of their potential future investigations.

A number of media outlets declared Democratic nominee Joe Biden as president-elect on Nov. 7, after they projected victories for the former Vice President in the battleground states of Pennsylvania and Nevada, putting him over the 270 electoral vote threshold.

President Donald Trump has alleged voter fraud and said any declarations of victory are premature, with his campaign announcing legal challenges in several states.

The Epoch Times Editorial Board will not declare a winner for the 2020 presidential election until all results are certified and any legal challenges are resolved across the country.

Zachary Stieber contributed to this report.