US pledges $2.6 billion to counter Russian aggression against Ukraine, other European nations

Secretary of State Antony Blinken made an unscheduled visit to Kyiv Thursday to announce a $2 billion military aid package for Ukraine and other European nations threatened by Russia.

Blinken told top Ukrainian officials that the latest package will provide long-term financing for military aid to Ukraine along with 18 NATO members and regional security partners "most potentially at risk for future Russian aggression."

It is unclear if Ukrainian President Volodymyr Zelenskyy was present for the meetings and Fox News Digital could not immediately reach the State Department for comment.

In a meeting with the Ukraine Defense Contact Group in Ramstein, Germany Austin said "the war is at another key moment" as Ukrainian forces launch counter-offenses along the 1,500 mile-long, front line that runs from Kharkiv in the north to Mykolaiv in the south. 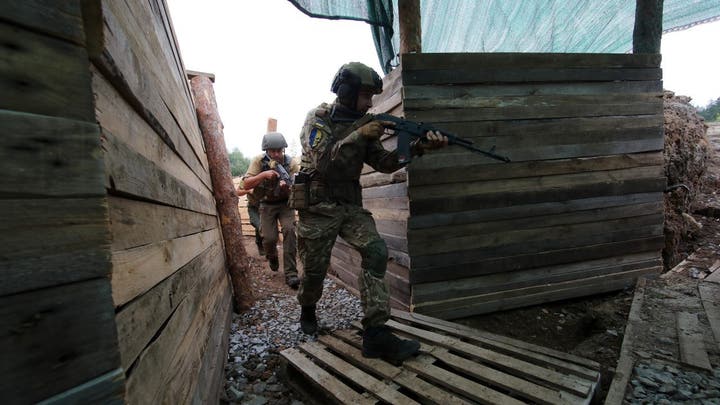 "Now we’re seeing the demonstrable success of our common efforts on the battlefield," Austin said during the conference with other top defense officials. "The face of the war is changing and so is the mission of this contact group."

Ukraine’s top defense officials were present for the meeting with Austin, along with NATO Secretary-General Jens Stoltenberg.

It is unclear how much of the $2 billion announced by Blinken today will be allocated just for Ukraine. But according to the Associated Press the White House has provided more than $15 billion to Ukraine since President Biden took office.

The funding boost comes not only as fighting has intensified across Ukraine, but just one day after Russian President Vladimir Putin took renewed aim at the U.S., claiming Washington’s influence worldwide was "waning."

Putin has increasingly looked to Asia in recent months to bolster Moscow’s geopolitical ties as it has been largely cut off from Europe and NATO-allied nations following its invasion of Ukraine in February.