John Lausch, the U.S. Attorney for the Northern District of Illinois, was appointed by former President Donald Trump in November 2017. Lausch will investigate the discovery of a batch of documents found at the offices of the Penn Biden Center, some of which were marked classified, a source with knowledge of the matter told Fox News Digital. 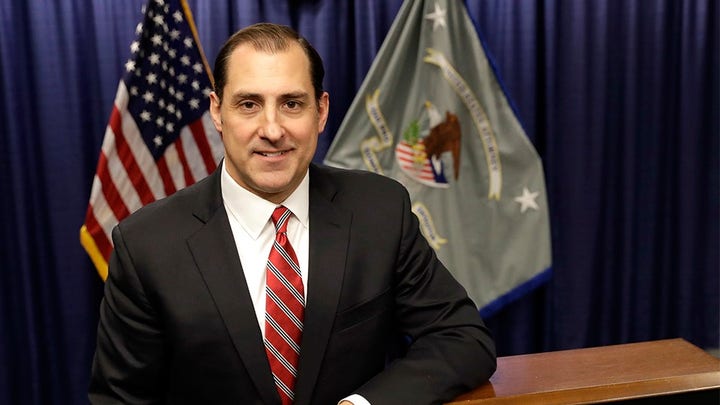 Lawyers for Biden said they immediately notified the National Archives about the documents, dated from Biden's time as vice president, once they were discovered. The group returned the documents to the Archives in November.

"The documents were not the subject of any previous request or inquiry by the Archives," Richard Sauber, special counsel to the White House, said in a Monday statement. "Since that discovery, the President's personal attorneys have cooperated with he Archives and the Department of Justice in process to ensure that any Obama-Biden Administration records are appropriately in the possession of the Archives."

Trump himself was quick to make the comparison on social media Monday, and a number of other Republicans called for more information about the Biden documents.

"Under the Biden Administration, the Department of Justice and National Archives have made compliance with the Presidential Records Act a top priority," Rep. James Comer, R-Ky., the Chairman of the House Oversight Committee, said in a Monday statement. "We expect the same treatment for President Biden, who has apparently inappropriately maintained classified documents in an insecure setting for several years."

The Penn Biden Center for Diplomacy and Global Engagement is affiliated with the University of Pennsylvania, but opened its doors in Washington, D.C., in February 2018.

The think tank's stated mission is to engage "Penn’s students and partners with its faculty and global centers to convene world leaders, develop and advance smart policy, and strengthen the national debate for continued American global leadership in the 21st century."