The Netflix drama “Squid Game” made history at the 74th Primetime Emmy Awards on Monday night as the first non-English-language series to win an Emmy Award. “People keep telling me I made history,” South Korean director Hwang Dong-hyuk said as he accepted the award for directing in a drama series. “But I don’t think I made history by myself because it was you who helped open the door for ‘Squid Game,’ inviting us here to the Emmys. We all made history together.” He went on to say that he hoped his series wouldn’t be the last non-English show to win at the Emmys, adding, “I seriously hope this won’t be my last Emmy either.” Later in the evening, actor Lee Jung-jae, who portrays Seong Gi-hunin “Squid Game,” won for lead actor in a drama series, and he thanked his director “for making a realistic problem we all face come to life so creatively on the screen ... with amazing visuals.”

The night’s big winner as measured in trophies was “The White Lotus,” which took home five awards, including outstanding limited or anthology series. Creator Mike White scored back-to-back awards for directing and writing the series. During his speeches, he thanked his mom for letting him “be the weird kid I wanted to be” and sent love to his father. “Awards are great,” he said. “I love writing and I love doing what I do.”

The predictions were that “Succession” would sweep some of the larger categories, but it only picked up a few more trophies during the televised event, including Jesse Armstrong winning for writing for a drama series category with the “All the Bells Say” episode of the show. “Ted Lasso” star Jason Sudeikis repeated as lead actor in a comedy series, and MJ Delaney won outstanding directing for a comedy series for the “No Weddings and a Funeral” episode of the show. “Thank you so much to the people that watch the show and dig it as much as we dig making it,” Sudeikis said.

Comedian Jerrod Carmichael won for writing a variety special for his HBO special “Jerrod Carmichael: Rothaniel.” He seemed conflicted in giving his acceptance speech, saying “I made something that was of great personal consequence to me.” In the special, Carmichael revealed several family secrets and came out for the first time publicly as gay.

“This definitely contributes to the meaning of it,” he continued. “Thank you very much to everybody. I’m gonna go home because I can’t top this right now.” Actress, writer and producer Quinta Brunson won the award for writing for a comedy series for the pilot episode of “Abbott Elementary,” and became only the second Black woman in Emmy history to win in that category.

Jean Smart won outstanding lead actress in a comedy series for her role as Deborah Vance in the HBO show “Hacks,” and Zendaya scored lead actress in a drama series again for her role as Rue Bennett in “Euphoria.” She thanked the crew for making “a safe space” on a “difficult show.” She also thanked the fans for sharing their stories and love for her troubled character.

“It’s finally here, folks, TV’s most special night,” Thompson said as he kicked off the show.  Drawing on his sketch comedy skills, he turned the opening monologue into an elaborate song and dance with costume changes as he and dancers hoofed along with several TV show themes including “Friends,” “The Brady Bunch,” “Law & Order, “Stranger Things” and “Game of Thrones.”

About midway through the show, “Saturday Night Live” cast member and Emmy nominee Bowen Yang stepped on stage to inform Thompson that he’d be acting as the backup host.

“Did you see the Oscars,” Yang said with a laugh, referencing the slap heard around the world at the Oscars his year. The pair high-fived, but that was the most slapping that occurred on stage.

The biggest moment in the show’s first half was actress Sheryl Lee Ralph winning supporting actress in a comedy series for her role on “Abbott Elementary.” Appearing overwhelmed by the recognition, Ralph took a deep breath once she got on stage and belted out the lyrics to Dianne Reeves’ “Endangered Species.” The powerful moment earned her a standing ovation from her peers.

“To anyone who has ever had a dream, and thought your dream wasn’t, wouldn’t, couldn’t come true, I am here to tell you that this is what believing looks like!” Ralph said.

Singer Lizzo, who won three awards for her reality show “Lizzo’s Watch Out For The Big Grrrls,” presented the award for outstanding supporting actor in a comedy series, which

went to “Ted Lasso” actor Brett Goldstein. When Goldstein gave an acceptance speech last year, he recalled in his speech, it was cut out due to his cursing. This year, he apologized, only to be bleeped out again as he thanked his parents.

Lizzo was back on the stage to collect the trophy for Prime Video’s “Lizzo’s Watch Out for the Big Grrrls,” as it won outstanding competition program. She cried on the way to the stage while inviting up all her “big girl” stars to join her.

“I’m very emotional,” she said. “The trophy is nice, but my emotion is for these people who are on the stage with me … their stories they shared, they’re not that unique, they just don’t get the platform. Telling stories … let’s just tell more stories. When I was a little girl all Iwanted to see was me in the media … someone fat like me, Black like me, beautiful like me.... This is for the big girls.”

Actress Geena Davis’ Institute on Gender in Media received the Primetime Emmy Governors Award, which Davis was on hand to accept. While she thanked the academy for recognizing and believing in its mission, she called back to Lizzo’s acceptance speech as an example of why her organization is important.

“As Lizzo knows, television can often directly impact how people see themselves and judge their value in the world,” she said.

“Succession” won its first award of the night as Matthew Macfadyen took home outstanding supporting actor in a drama series for his role on the highly-nominated HBO show.

“It really is such a pleasure and privilege to play this bonkers gift of a role in this wonderful show,” he said before the music played him off.

Actress Julia Garner won supporting actress in a drama series for her role as Ruth Langmore on the Netflix series “Ozark,” which came to an end this year. 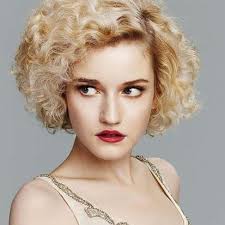 “Thank you for writing Ruth; she changed my life,” she said, noting that this would be her final time to play the role as she went on to thank her co-stars Jason Bateman and Laura Linney. “I just feel really grateful to be here … and I love you all.”

While awards for artistic and technical achievements were given out Sept. 3 and 4 during the Creative Arts Emmy Awards ceremony, also at Microsoft Theater, this year’s main event had several history-making awards up for grabs. There were 50 first-time nominees across all performer categories.

The first award was given out by Oprah Winfrey and it went to Michael Keaton for leading actor in a limited or anthology series or movie for the opioid crisis saga “Dopesick.”

“You have about 90 of these, don’t you,” Keaton jokingly asked Winfrey about her own Emmys. He went on to thank his family for never making fun of him for acting out

characters he saw on television when he was a kid, thanked the fans and had a special message for the haters.

“I’m glad I’ve made a fool of myself over and over again,” he continued. “There’s been some doubters. … I’ve had some doubters and, you know what, we’re cool.”