By Dave Kolpack | The Associated Press

FARGO, N.D. >> The first winter storm of the season to blast off from the Rockies was unloading its energy Thursday primarily in North Dakota, where it could dump up to 18 inches of snow and kick up winds as high as 50 mph, the National Weather Service said. 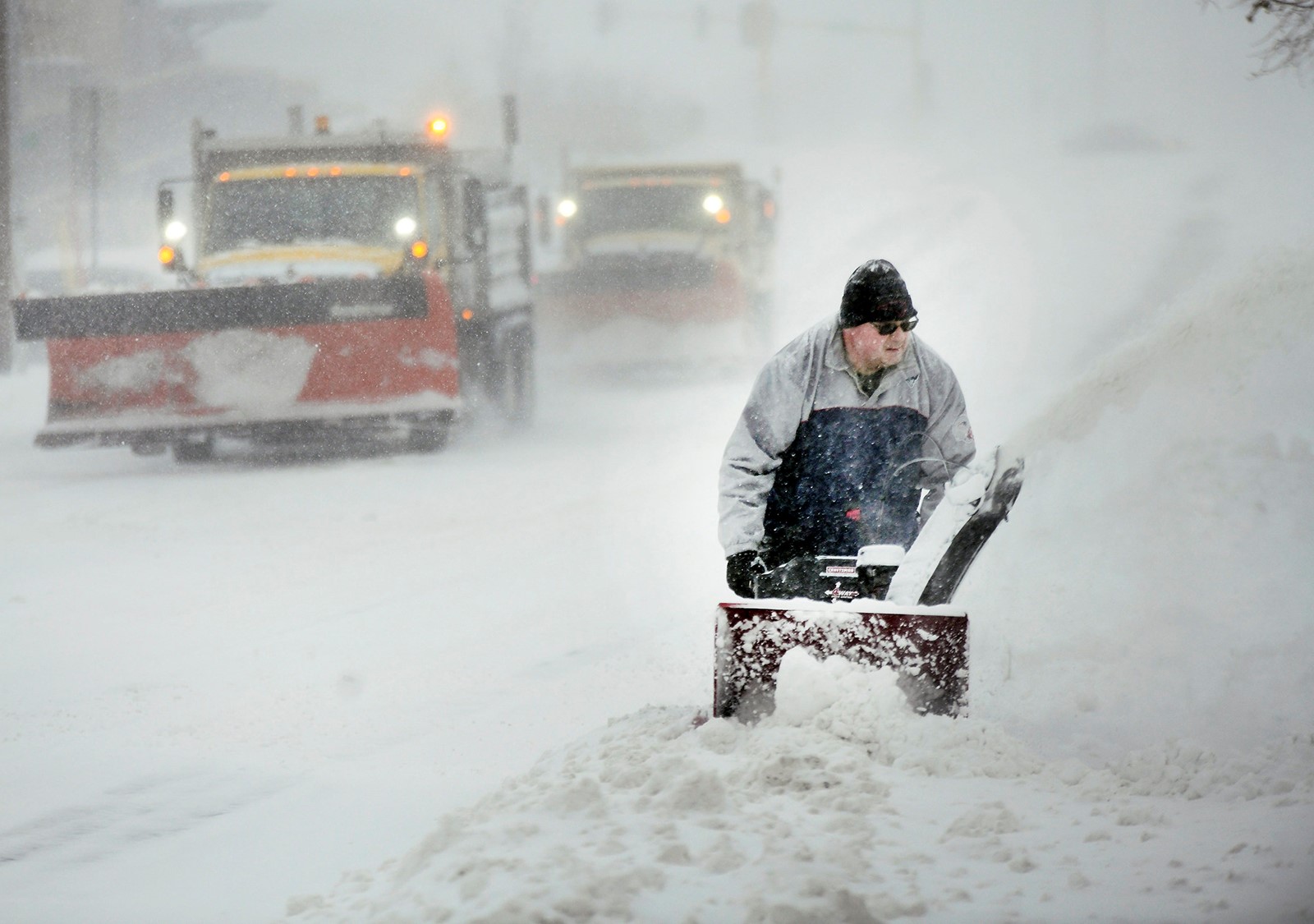 John Gagnon uses a snow blower to clear his property as city plows drive past during a blizzard in Bismarck, N.D., on Thursday. MIKE MCCLEARY THE ASSOCIATED PRESS

Travel was hazardous throughout southern North Dakota by Thursday afternoon, when I-94 was closed from Dickinson in the west to Jamestown in the east, a distance of about 200 miles. The move was due to zero visibility, blowing snow and icy conditions. Officials also warned of impassable secondary roads.

“Vehicles may become stranded and emergency responders may not be able to reach you safely,” the North Dakota Department of Transportation said in a release.

The state’s capital city, Bismarck, was at a standstill with numerous closings and cancellations. A scheduled appearance by comedian Bert Kreischer was postponed to March and Kreischer’s tour bus got stuck in the snow before reaching the city. About a dozen people responded to a rescue plea by Kreischer on social media, The Bismarck Tribune reported.

Storm warnings were issued Thursday for western Montana, for southwestern through northeastern South Dakota and for northwestern Minnesota, but meteorologist Carl Jones said North Dakota was getting the worst of it.

Snow totals by late afternoon Thursday included about 13 inches in Bismarck, 16 inches in New Salem, 14 inches in Steele, 10 inches in Harvey and 9 inches in Williston.