Giuliani: 650,000 Votes Were Counted Unlawfully in Philadelphia and Pittsburgh

Rudy Giuliani, one of President Donald Trump’s personal lawyers, alleged on Nov. 11 that roughly 650,000 unlawful ballots were cast in Philadelphia and Pittsburgh, Pennsylvania.

Speaking with Fox Business’ Lou Dobbs, Giuliani claimed that “almost none” of the hundreds of thousands of ballots were observed by Republican poll watchers. State election law requires the presence of poll watchers from all parties.

“We now are up to a count of about 650,000 ballots that are unlawful ballots that were cast in Philadelphia and Pittsburgh,” he said. “What’s being said in the mass media, that we have no evidence, is a complete, absolute lie, just like they’ve been lying for years.”

On Monday, Gov. Tom Wolf’s office said in a statement that ballot watchers from all parties have had observers throughout the process and that “any insinuation otherwise is a lie.”

A few days earlier, Giuliani said that the Trump campaign may have sufficient evidence to change the election results in the state of Pennsylvania.

He told Fox News’ Maria Bartiromo on Sunday that lawsuits being filed by Trump’s reelection campaign might show that as many as 900,000 invalid ballots were cast in the battleground state. 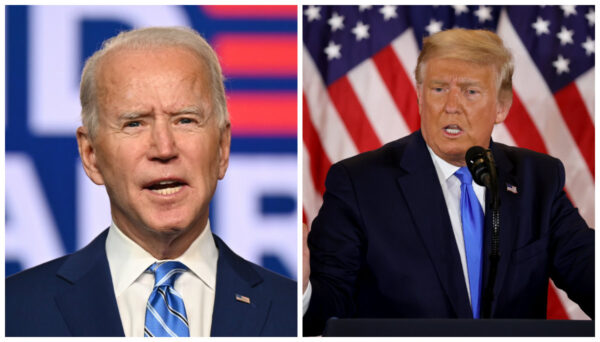 “We have people that observed people being pushed out of the polling place. We have people who were suggested to vote the other way and shown how to do it. I’m giving you the big picture,” he said.

While mail-in ballots were being counted, GOP Pittsburgh observers were “kept out of the room or kept away from the room” for a period of 24 hours, Giuliani alleged.

“Even though we went to court and we were allowed to move six feet closer, the Democrat machine people moved the counting place six feet further away. This is documented on videotape. There are upwards of 50 witnesses,” he continued. 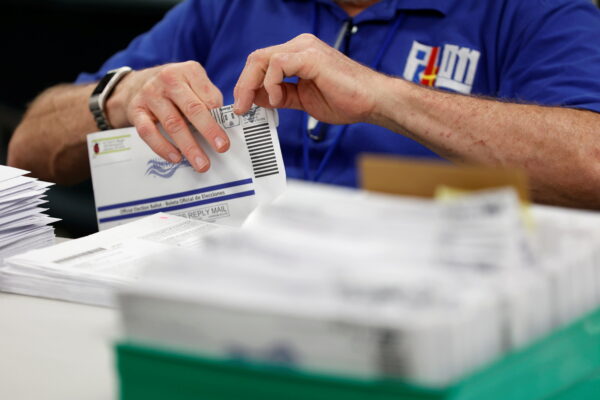 This Monday, Trump’s campaign team launched a new lawsuit aiming to stop the certification of election results in Pennsylvania, alleging that Democratic and Republican counties did not follow the same rules regarding defective mail-in ballots, and that Republican observers could not see the ballot counting process from a meaningfully close distance.

“If you were a Democrat in Philadelphia, you were allowed to work outside the bounds of the restrictions on fixing defective ballots, sometimes referred to as ‘curing,’” Matt Morgan, general counsel to the Trump campaign, explained during a Monday press conference. “But if you were in Republican counties of the state of Pennsylvania, you were not allowed to do that because they were strictly following the text of the statute in Pennsylvania.”

The lawsuit also includes a postal worker from Erie County who claimed that he had heard his supervisors talking about illegally backdating ballots that arrived late so that they appeared legitimate. His claim was also cited by Sen. Lindsey Graham (R-S.C.) in a letter to the Justice Department calling for a federal investigation.

GQ Pan contributed to this report.