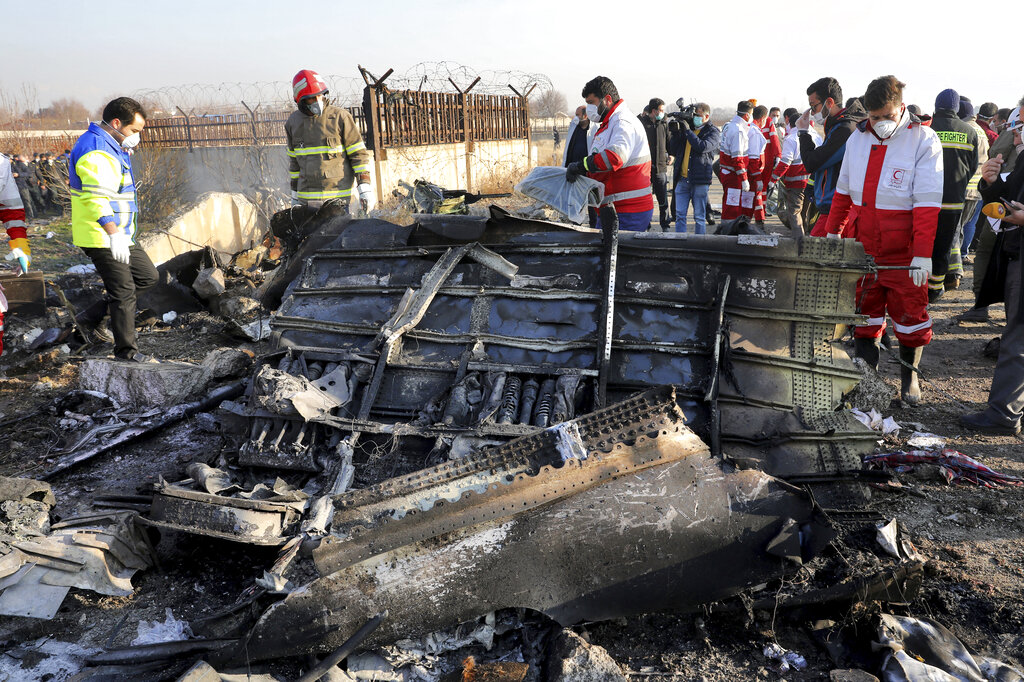 In this Wednesday, Jan. 8, 2020 photo, rescue workers search the scene where a Ukrainian plane crashed in Shahedshahr, southwest of the capital Tehran, Iran. (AP Photo/Ebrahim Noroozi)

Iranian state media is saying human error led to a Ukrainian flight to be shot down. Friday evening reports cited Iranian military officials, who reportedly said the nation “unintentionally” shot down the Boeing 737.

44 people are talking about this

The flight was brought down shortly after takeoff from Tehran’s international airport on Wednesday. All 176 passengers on board were killed in the crash, including 63 Canadian citizens. 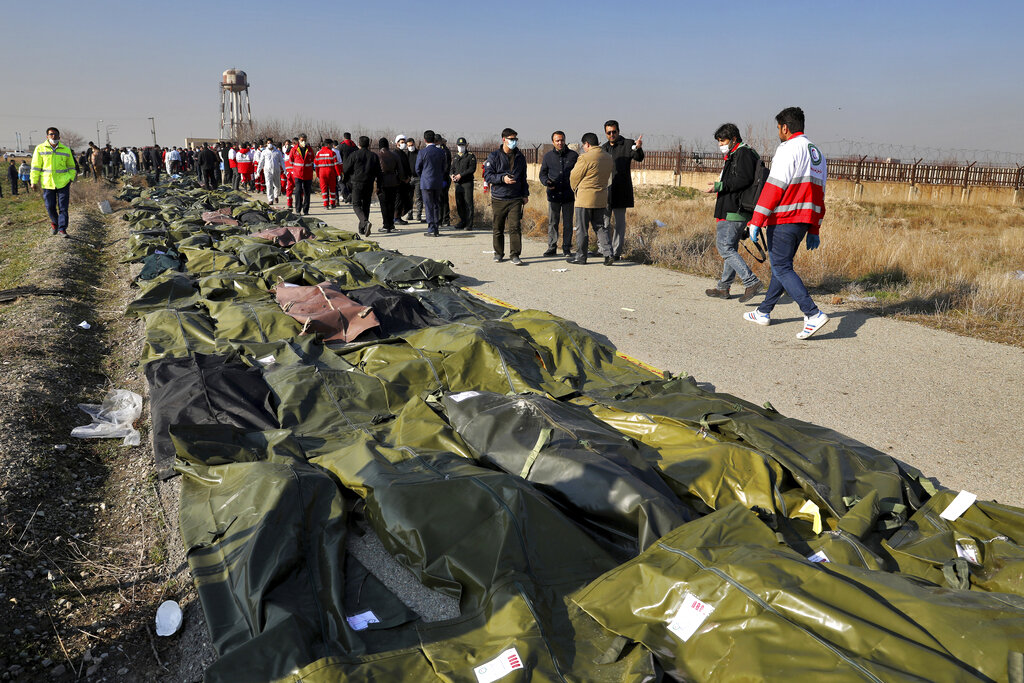 In this Wednesday, Jan. 8, 2020 photo, bodies of the victims of a Ukrainian plane crash are collected by rescue team at the scene of the crash in Shahedshahr, southwest of the capital Tehran, Iran. Iran on Friday denied Western allegations that one of its own missiles downed a Ukrainian jetliner that crashed outside Tehran, and called on the U.S. and Canada to share any information they have on the crash, which killed all 176 people on board. (AP Photo/Ebrahim Noroozi)

“We have intelligence from multiple sources, including our allies and our own intelligence,” stated Trudeau. “The evidence indicates that the plane was shot down by an Iranian surface-to-air missile.”

Canadian PM Trudeau: “We have intelligence from multiple sources, including our allies and our own intelligence. The evidence indicates that the plane was shot down by an Iranian surface-to-air missile. This may well have been unintentional.” 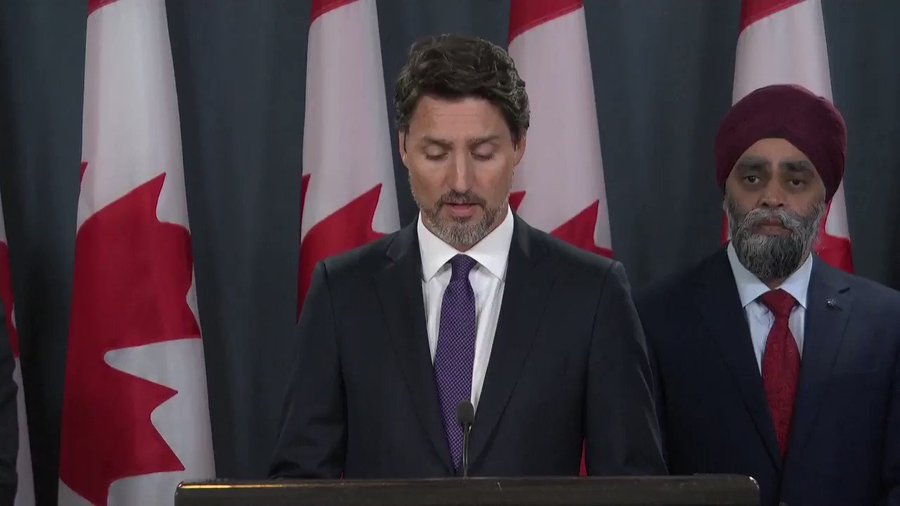 51 people are talking about this

President Trump has also said he does not believe mechanical failure caused the Ukrainian jet to crash. On Thursday, he said the plane was flying in a pretty rough neighborhood and somebody could have made a mistake.

“At some point, they’ll release the black box,” he said. “I have a feeling that something very terrible happened.” 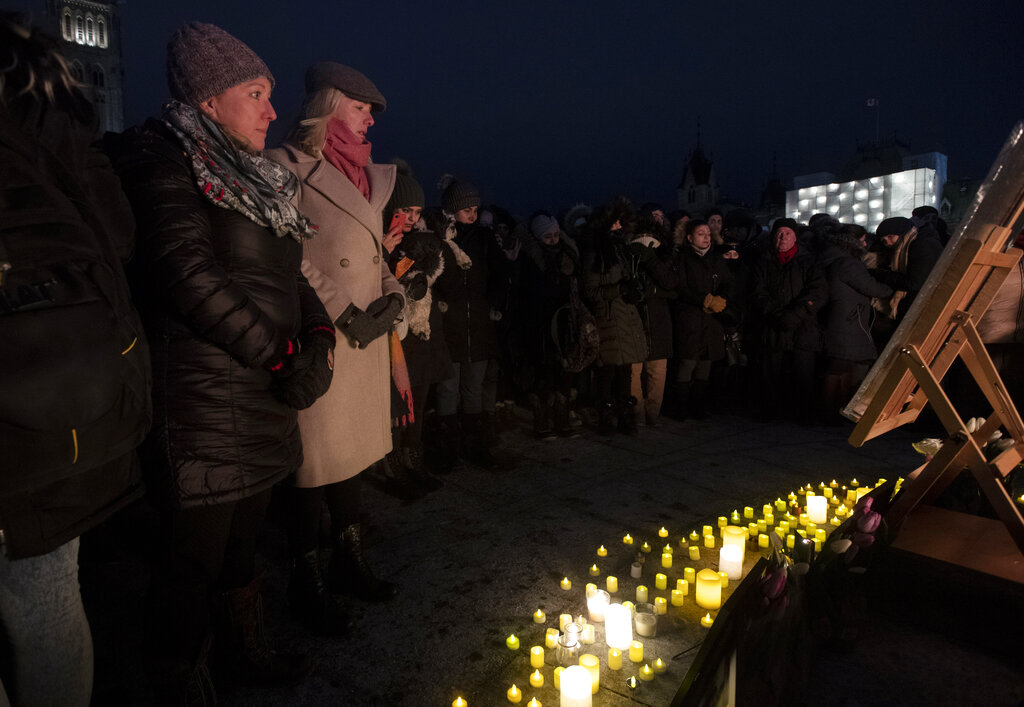