Karine Jean-Pierre blasted for warning it may take ‘a few days’ to count votes: ‘This insanity has to stop’

White House press secretary Karine Jean-Pierre was blasted Monday for saying that waiting a couple of days for results is how elections are "supposed to work."

"We may not know all the winners of elections for a few days. It takes time to count all legitimate ballots in a legal and orderly manner," Jean-Pierre told reporters at the White House press briefing. "That's how this is supposed to work."

Twitter exploded as commentators on the platform expressed their dismay that many states can no longer tally all the ballots they receive by the end of election day itself. 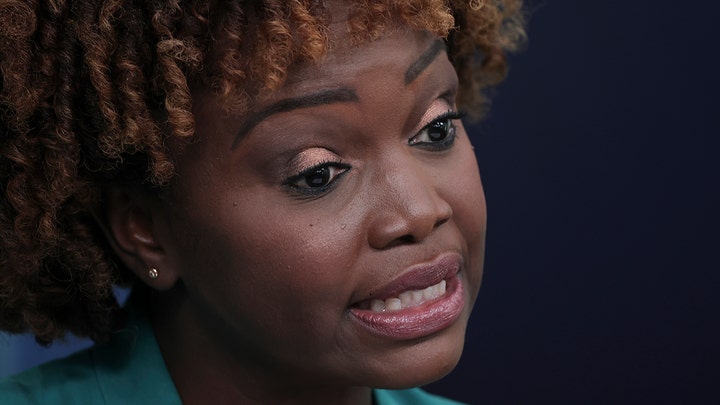 Hudson Institute senior fellow Rebeccah Heinrichs quipped, "Narrator: this is not, in fact, how it’s supposed to work."

Commentator Rick DeVos slammed the announcement, appearing to say it was a bad attempt at assuaging concerns about the electoral process.

The host of "The Situation with Michael Brown" and former Under Secretary of Homeland Security Michael D. Brown was one of many commentators who expressed skepticism that, despite improving technology, elections now somehow take longer to process.

"Not only is she just flat stupid, but think about this. When we counted paper ballots, or punched ballots (sans FL 2000) we knew the results almost always by midnight. Not two weeks. This insanity has to stop," he said.

Commentator Andy Swan tweeted a similar sentiment, "It's amazing that they were able to count all the ballots by hand on election night in the 1960s but can't get it done with scantrons and computer inputs in 2022."

"I recall when they were able to call elections within hours of polls closing. Now ahead of time, as technology has improved, they just KNOW there will be days of counting needed to ascertain the results."

Even outside the U.S., political figures from other countries expressed disdain for the current state of America’s electoral process.

Canadian athlete Jeff Hecht asked, "At what point in North American election history did it begin taking ‘a few days’ to calculate votes and distinguish winners?"

Dutch politician and member of European Parliament Rob Roos lamented, "In 1969, mankind took the first steps on the moon. But in 2022 it’s not possible to count the ballots in time? #Midterms2022."

Conservative commentator Ian Miles Cheong, who lives in Malaysia, noted that Jean-Pierre’s announcement "seems like an insane statement especially when other countries with simpler systems can manage it in a single day, but hey."