Federal prosecutors and government officials across America have increased their efforts to stop the growing number of coronavirus scams and the spread of false information.

Secretary of State Mike Pompeo recently spoke out against the increasing spread of disinformation. In a video released by the White House Friday, he said false information is not only coming from random actors around the world, but also from nations like China and Iran.

This came amid reported efforts by Iran and China to blame the U.S. for the outbreak. Pompeo accused both nations of wanting to undermine the U.S.’s handling of the outbreak, but noted the American people have responded to what President Trump is saying.

“Nations that want to undermine what we are doing here – our democracy, our freedom, the way that we’re responding to this risk to the Wuhan virus – they want to undermine our activities. We’re doing great work. The American people have responded to things the president has asked them to do to keep themselves, their families and their communities safe. We need to make sure that we don’t permit this information to undermine our activity.” – Mike Pompeo, Secretary of State

Disinformation is not only coming from random actors around the world - but also from the Chinese Communist Party, Russia, and the Iranian regime. We must not permit these efforts to undermine our democracy, our freedom, and how we're responding to the Wuhan Virus. 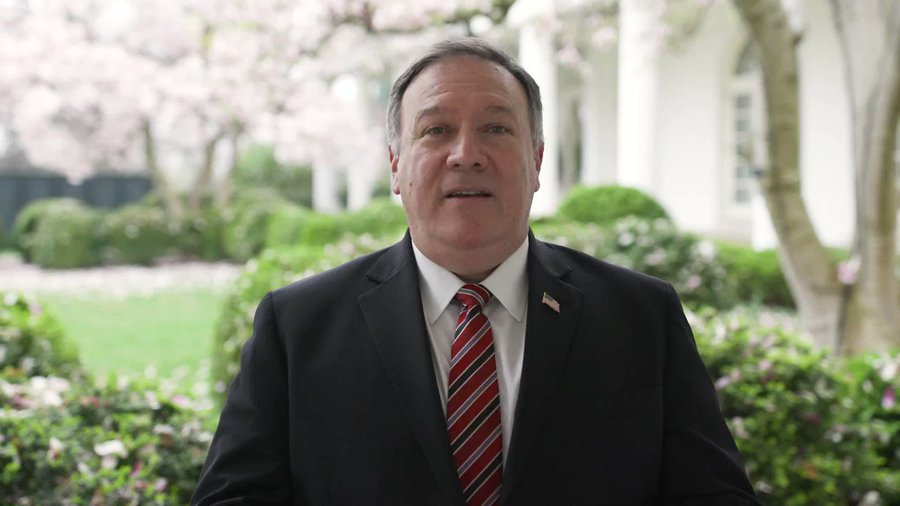 28.5K people are talking about this

He also noted there is false information being disseminated about the government imposing lockdowns.

Acting DHS Secretary Chad Wolf recently dispelled rumors about a nationwide quarantine. During an interview, Wolf stated rumors claiming the Department of Homeland Security is planning a widespread lockdown are completely false. He added reports that the National Guard is going to impose martial law are also false.

Hearing a lot about texts from "friends at DHS" or "friends with connections at DHS" that say DHS is planning a national lock down.

THIS IS NOT TRUE.

Do not believe the disinformation campaigns. Please do not pass it along. Use trusted local and federal government sources.

14.1K people are talking about this

Wolf has advised Americans to be wary of disinformation campaigns about the coronavirus. He has suggested consulting local and government sources for the most accurate and up-to-date information. 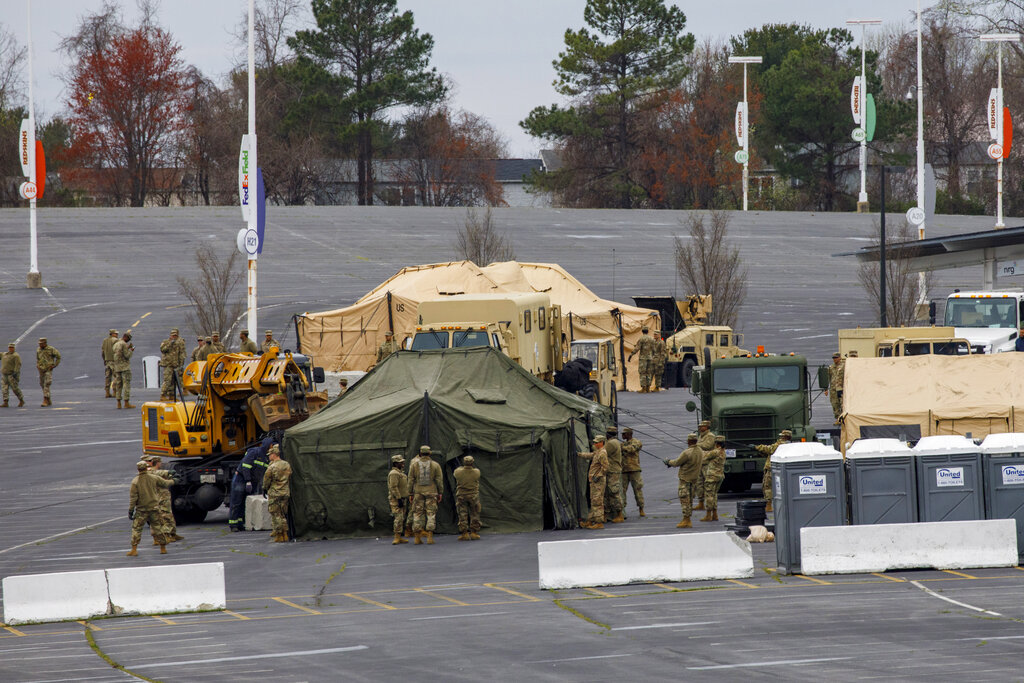 The National Guard sets up tents to be used for coronavirus testing, Saturday, March 21, 2020, in a parking lot for FedEx Field in Landover, Md., outside of Washington. (AP Photo/Jacquelyn Martin)

Officials from multiple attorney general offices also issued statements this week, which warned residents about scamming methods and fraud. Scams have included selling fake treatments for COVID-19, phishing emails posing as officials from organizations like the World Health Organization and CDC, and apps inserting malware into mobile phones while pretending to track the spread of the virus.

“If somebody calls them, who they did not reach out to, and starts…asking for personal information and financial information, do not provide them that information,” stated Michigan Attorney General Dana Nessel.

Did you know the @MIAttyGen now has a "Scam of the Day" section on the website? Visit http://mi.gov/consumerprotection … to stay informed on how to avoid the numerous scams seeking to get our personal -- especially financial -- information. 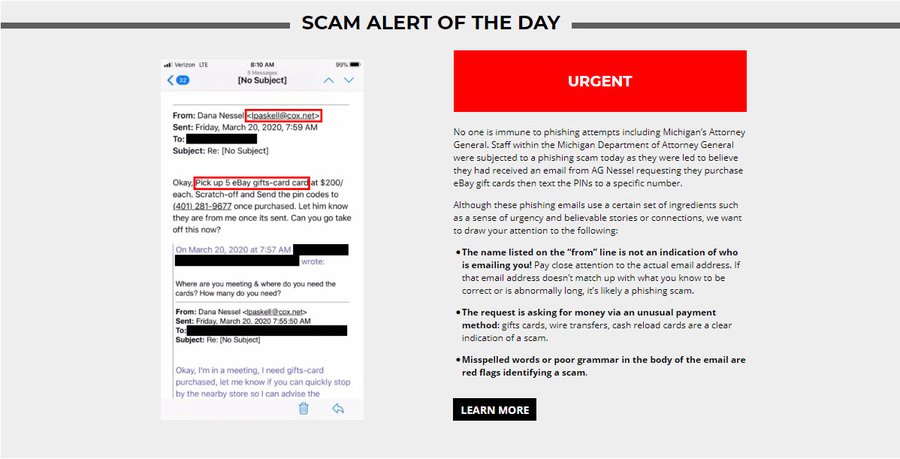 26 people are talking about this

This came just days after Attorney General William Barr sent a memo to federal prosecutors, urging them to “prioritize the detection, investigation and prosecution of all criminal conduct related to the current pandemic.”

Barr claimed the crackdown is critical in keeping the Justice Department functioning during the ongoing pandemic. He added that scamming and fraudulent behavior “cannot be tolerated.”

“They’ll say, ‘Click on this attachment to order your COVID-19 test.’ Well, a lot of times what that ends up being is that attachment is really malware. It’s a virus, it gets into your device and can steal all your information.” – Dana Nessel, Attorney General of Michigan 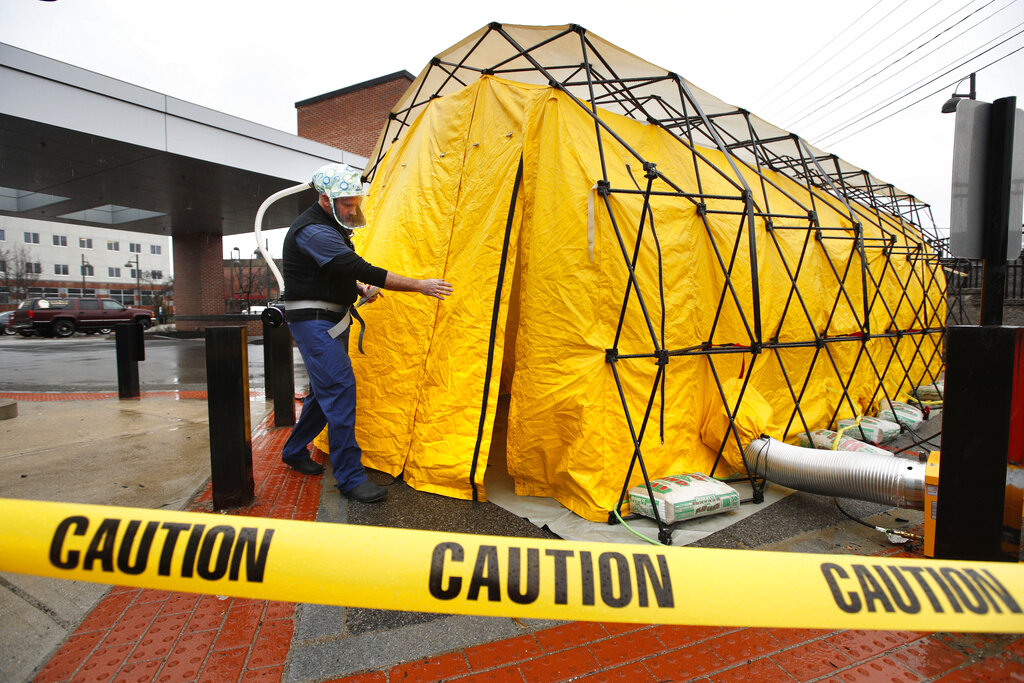 Steve Moody, director of nursing at Central Maine Medical Center, enters a tent outside the emergency entrance to the hospital to test patients who have symptoms of the coronavirus, Friday, March 13, 2020, in Lewiston, Maine. (AP Photo/Robert F. Bukaty)

In the meantime, several state attorneys general are working around the clock with the agency, as well as state and local authorities, to effectively combat these efforts. Some have already issued consumer alerts and implemented hotlines for residents.

Hey Michiganders, if you see price gouging or receive any scam calls related to the #coronavirus this weekend, the MI Dept of AG is OPEN to take your complaints. I will be staffing the complaint line along with some very special volunteers from the MI Legislature & @RepSlotkin.

Call us at 1-877-765-8388 or file a complaint on-line at http://michigan.gov/agcomplaints . Remember to keep your receipt or take a pic of any product priced at over 20% the normal price. #pricegougers beware!

29 people are talking about this

Officials have also warned Americans to not click on unknown links and avoid donating to sites that asked for money through cash gift cards and wire transfers.