Both Republicans fared better in Broward, Miami-Dade, and Palm Beach counties than they had in previous elections.

Florida saw Republican incumbents Gov. Ron DeSantis and Sen. Marco Rubio achieve easy victories in highly watched races, thanks in no small part to several South Florida counties voting for the GOP in far greater numbers than in years past.

The change was most notably felt in historically blue Miami-Dade County, which flipped DeSantis' way – the first time in 20 years the county went for a Republican governor. As of early Wednesday morning, state data had DeSantis winning 55.3% of the votes in Miami-Dade to 44% for Democrat Charlie Crist. Compare that to 2018, when DeSantis got trounced in that county by Democrat Andrew Gillum by a margin of more than 20 points. Rubio also carried the county over Democrat Rep. Val Demings after losing it by more than 11 points in 2016.

"It's great to be here gathered in the red county of Miami-Dade!" Rubio declared at the beginning of his victory speech Tuesday evening.

Even South Florida counties where Republicans did not fare as well were far better for the GOP than they had been in recent past elections. In blue Broward County, DeSantis drew 41.9% to Crist's 57.4%. While this is not exactly close, it is much closer than the nearly 37-point loss he suffered there in 2018.

Similarly, Rubio lost Broward by more than 29 points in his 2016 race against Patrick Murphy, and as of early Wednesday, he was down just under 20 points to Demings there, according to state information.

Palm Beach County is more encouraging for Republicans, having gone from heavy blue in recent years to a solid purple in 2022. In Rubio's 2016 race, he lost there by 9.5 points, but this year he trails Demings by less than a point. When DeSantis ran for his first term in 2018, he lost Palm Beach by more than 17 points, and this year, he won it by nearly three points.

Overall, the victories for Rubio and DeSantis tell a greater story for the GOP in the Sunshine State. 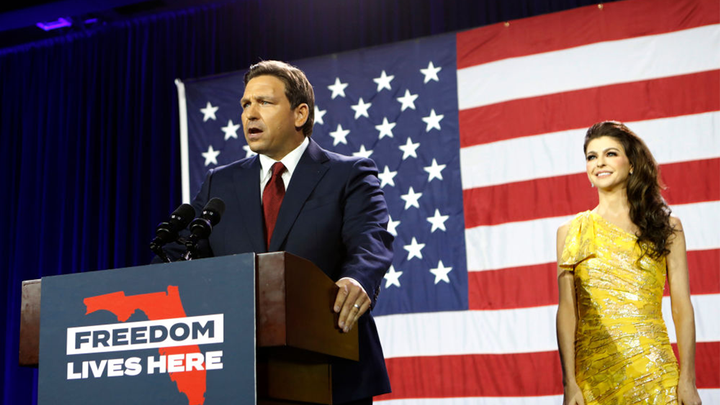 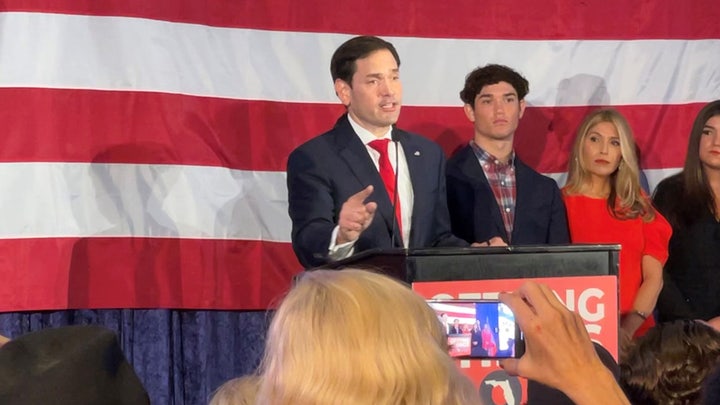 Sen. Marco Rubio delivers a victory speech in Miami after being projected as the winner in the Senate race against Democratic challenger Rep. Val Demings on Nov. 8, 2022. (Ronn Blitzer/Fox News).

Rubio's victory came despite being out-fundraised and outspent by Demings by a wide margin.

"Thanks to the overwhelming support of the people of Florida, we not only won election, we have re-written the political map," Republican Gov. Ron DeSantis proclaimed at his Election Night victory celebration. "Thank you for honoring us with a win for the ages."