Pressure is continuing to build on President Biden and his administration as some Senate Democrats are now saying they support a full investigation into his mishandling of the classified documents found at his home and former office disclosed earlier this month.

"The reports about President Biden’s mishandling of classified documents are extremely irresponsible and disturbing. These allegations should be investigated fully," Sen. Joe Manchin, D-W.Va., told Fox News Digital on Friday.

"This news raises serious questions and the appointment of an unbiased special prosecutor to investigate the matter is the right step," Kaine said. 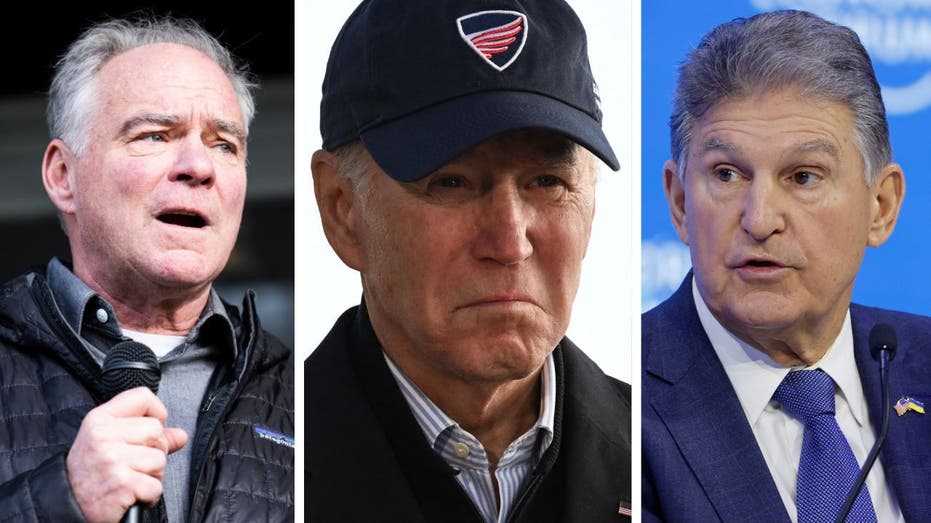 Manchin and Kaine joined a noticeably small list of Democrats who have spoken out about the Biden document scandal, while most, especially those up for re-election in 2024, have been reluctant to address the situation.

Rep. Katie Porter, D-Calif., who announced earlier this month that she would be seeking Sen. Dianne Feinstein's, D-Calif., Senate seat even though Feinstein has yet to announce her retirement, told Fox after a Tuesday town hall event that lawmakers "definitely" wanted "to get answers from the White House" concerning the documents.

"Classified documents belong in classified settings, and I think you heard me say oversight is not a partisan thing. Good oversight means you're willing to hold any rule breaker to account," she added. "We should be asking for answers in a respectful way, and we should be expecting to get honest ones."

Sen. Debbie Stabenow, D-Mich., who announced she would not be running for re-election next year, acknowledged it was a bad look for Biden to be caught having classified information after condemning former President Donald Trump for a similar situation.

"Well, it’s certainly embarrassing. Right?" Stabenow said during a Sunday interview on NBC. "I mean, it’s embarrassing that you would find a small number of documents, certainly not on purpose. They don’t think it’s the right thing and they’ve been moving to correct it, working with the Department of Justice, working with everyone involved, with the [National] Archives, and so from my perspective, you know, it’s one of those moments that obviously they wish hadn’t happened."

Fox News Digital reached out to every Senate Democrat who has yet to make a statement on the Biden documents and whose term ends in 2024, but all except Manchin and Kaine didn't respond.

Sen. Ben Cardin, D-Md., told Politico on Jan. 10, prior to the appointment of a special counsel, that he felt the situation was "being handled properly," but did not respond to Fox's request for comment.

Sen. Kyrsten Sinema, I-Ariz., a former Democrat facing what could be a tough re-election battle should she decide to seek another term, declined to comment.

"As is her long-standing practice, Kyrsten doesn't comment on ongoing investigations," her office said in a statement to Fox News Digital. She took the same approach toward the investigation surrounding the mishandling of documents by Trump.

On Thursday, the White House refused to say whether it would cooperate with inquiries from the House Oversight Committee concerning the documents, while Biden later said he had "no regrets" about his handling of the classified documents.