By Meilling Lee | The Epoch Times

Never in medical history has a diagnostic tool been given so much authority as the PCR test, which has been used to detect if someone is infected with the CCP virus.

Many policymakers rely solely on rising positive cases derived from the PCR [polymerase chain reaction] test, and not on deaths or hospitalization rates, to implement restrictive measures that seek to stop the transmission of the CCP (Chinese Communist Party) virus, which causes the disease COVID-19.

But that “gold standard” test is being called into question as an international team of scientists calls for the retraction of a study that details the first PCR test protocol to detect the CCP virus, claiming there were serious technical and scientific errors.

The study, referred to as the Corman-Drosten paper (pdf), “aimed to develop and deploy robust diagnostic methodology for use in public health laboratory settings without having a virus material available.”

At the time the paper was published, the genetic sequence of the CCP virus wasn’t available as China hadn’t shared the “virus isolates or samples from infected patients.” Scientists from China had only provided genetic sequences from an online gene bank.

“To date, no validation has been performed by the authorship based on isolated SARS-CoV-2 viruses or full-length RNA thereof,” the international scientists said in their “point-by-point” review of the Corman-Drosten paper.

Corman-Drosten’s PCR test protocol was promoted as the main diagnostic tool for COVID-19 by the World Health Organization (WHO) on Jan. 13, 2020, before the study was peer-reviewed and published in European medical journal Euro-surveillance on Jan. 23.

A WHO spokesperson said the organization stands by its recommendation.

“The Corman assay, in various formats, has been validated multiple times by multiple labs inside and outside the WHO networks,” Andrei Muchnik told The Epoch Times in an email. “It is used as the reference method in many laboratories.” 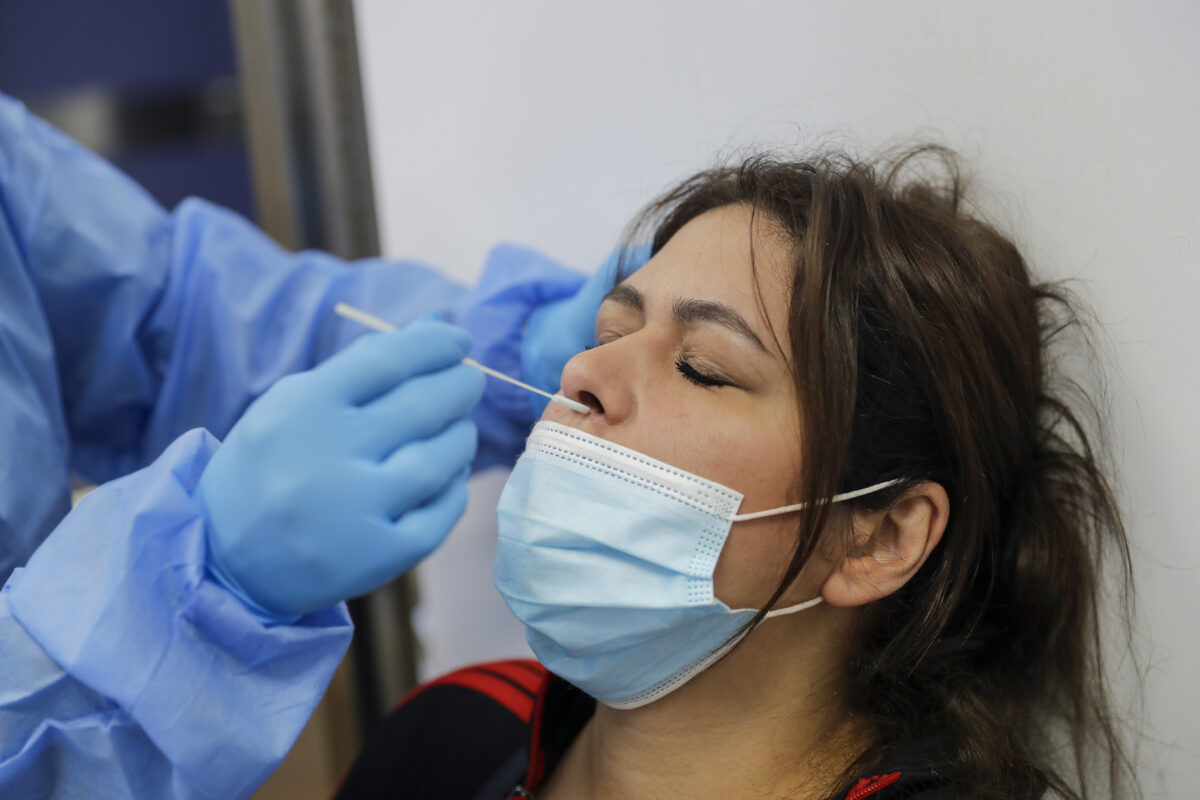 A health care worker administers a PCR test on a woman in the intensive care unit of the Rafik Hariri University Hospital in Beirut, on Jan. 5, 2021. (Joseph Eid/AFP via Getty Images)

In addition to the study not using a virus isolate to validate the PCR test, the scientists claim there are other severe errors with the “biomolecular and methodological design” that led to a “worldwide misdiagnosis of infections attributed to SARS-CoV-2” and harsh lockdowns that continue today in many cities.

The lead author of the Corman-Drosten paper, Dr. Christian Drosten, didn’t immediately respond to a request by The Epoch Times for comment.

The scientists submitted a retraction request letter and review to Eurosurveillance’s editorial board toward the end of November 2020, but hadn’t received a reply regarding the board’s decision after several weeks.

“There has not been an official response, except that they will take it seriously,” Dr. Pieter Borger, a molecular genetics expert and the lead author of the group’s review of the Corman-Drosten paper, told The Epoch Times in an email on Dec. 17.

The Eurosurveillance editorial board told The Epoch Times in an email on Dec. 22 that they were still in the process of “investigating and will make a decision as soon as we have investigated in full,” and that a decision would be announced by the end of this month.

Eurosurveillance’s response to Borger and his team’s retraction request is in contrast to the fast-tracked review process the Corman-Drosten paper received in January last year, which took a total of two days.

Borger questioned if the study was truly peer-reviewed considering the short turnaround and the errors that exist in the study.

“I asked the journal [Eurosurveillance] to provide the peer-review report, which they could not,” he said.

During a pandemic, it isn’t uncommon for a research paper to be fast-tracked, although under normal circumstances, it would undergo a more rigorous and longer review process since it requires at least two independent experts “outside the team or the department of the authors” from a different institute or country to review and comment, according to Eurosurveillance’s evaluation and review process.

When asked the reason for rushing the Corman-Drosten paper to publication, the editorial board said, “The editorial team felt that the arising unique public health situation required fast-track processing to allow timely access to such information.”

It’s unclear what the board meant by “timely access,” since at the time of the study’s publication, the WHO was still learning about the CCP virus, and there were only 830 confirmed CCP virus cases and 25 deaths in China, according to Reuters.

“An accelerated peer review process does not necessarily affect the filtering function of peer review or compromise reviewers’ ability to critically assess the content, validity, or quality of a paper,” the editorial board added. 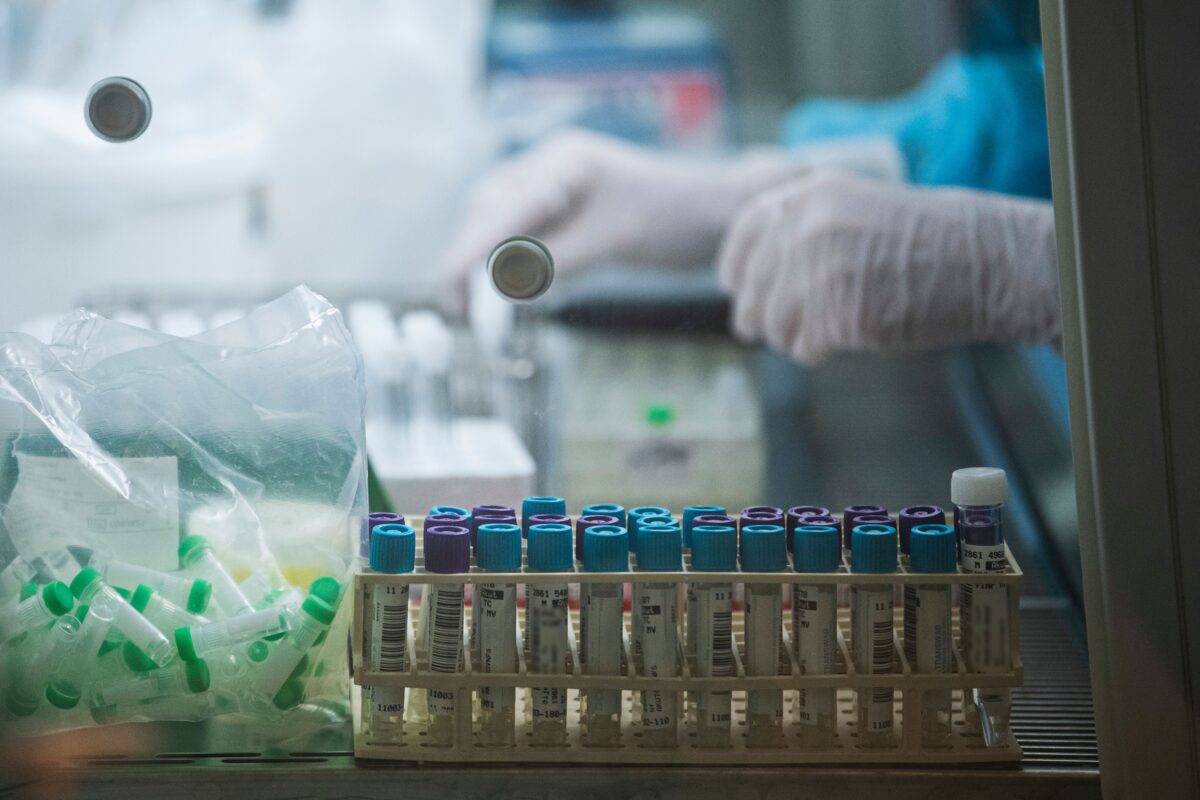 A medical staff member prepares and processes PCR and antibody tests of people who think they may be infected with the CCP virus, at the laboratory of the Karolinska Hospital in Solna, near Stockholm, on Dec. 7, 2020. (Jonathan Nackstrand/AFP via Getty Images)

Borger and his team listed 10 significant problems in the Corman-Drosten paper, suggesting that the authors had failed to validate whether their PCR test could actually detect the CCP virus.

Below is a summary of four of those errors:

1. The PCR test isn’t able to distinguish between an inactive (noninfectious) viral fragment and a whole intact (infectious) virus, making it ineffective as a diagnostic tool for the CCP virus.

2. The cycle threshold value wasn’t mentioned in the study. The threshold is determined by the number of cycles it takes for a PCR test machine to detect the genetic material of the CCP virus. The lower the number, the more the virus (infectious), but the higher the number, the greater the chance of a false-positive.

Many PCR test manufacturers use a cycle threshold cutoff value of 40 cycles, a value that many medical experts believe returns false positives, as fragments of a dead virus may be picked up, according to the Foundation for Innovative New Diagnostics (pdf).

3. The paper doesn’t state the conflicts of interest for several of the authors. Two of them, Drosten and Chantal Reusken, are also associate editors at Eurosurveillance, while Drosten and Victor Corman are affiliated with a commercial test laboratory, where they are “responsible for virus diagnostics.”

Six months after its publication, an author’s correction was finally submitted on July 30, 2020, for Marco Kaiser, who is a “senior researcher at GenExpress and serves as scientific advisor for TIB-Molbiol,” a company to first “produce PCR kits (Light Mix) based on the protocol published in the Corman-Drosten.”

4. “The PCR test contains neither a unique positive control to evaluate its specificity for SARS-CoV-2 nor a negative control to exclude the presence of other coronaviruses, making the test unsuitable as a specific diagnostic tool to identify the SARS-CoV-2 virus,” Borger’s team stated.

In November 2020, judges at the Portuguese Court of Appeal ruled against the Azores Regional Health Authority for forcibly quarantining four German tourists after one of them tested positive for the CCP virus. All four had tested negative 72 hours prior to entering the country.

The judges declared that the PCR test was “not a reliable test for SARS-CoV-2, and therefore, any enforced quarantine based on those test results is unlawful,” according to Geopolitic. The judges also ruled that “a single positive PCR test cannot be used as an effective diagnosis of infection.”

This is the first court ruling that details the shortcomings of a PCR test as a diagnostic tool used to quarantine people who may or may not be sick.