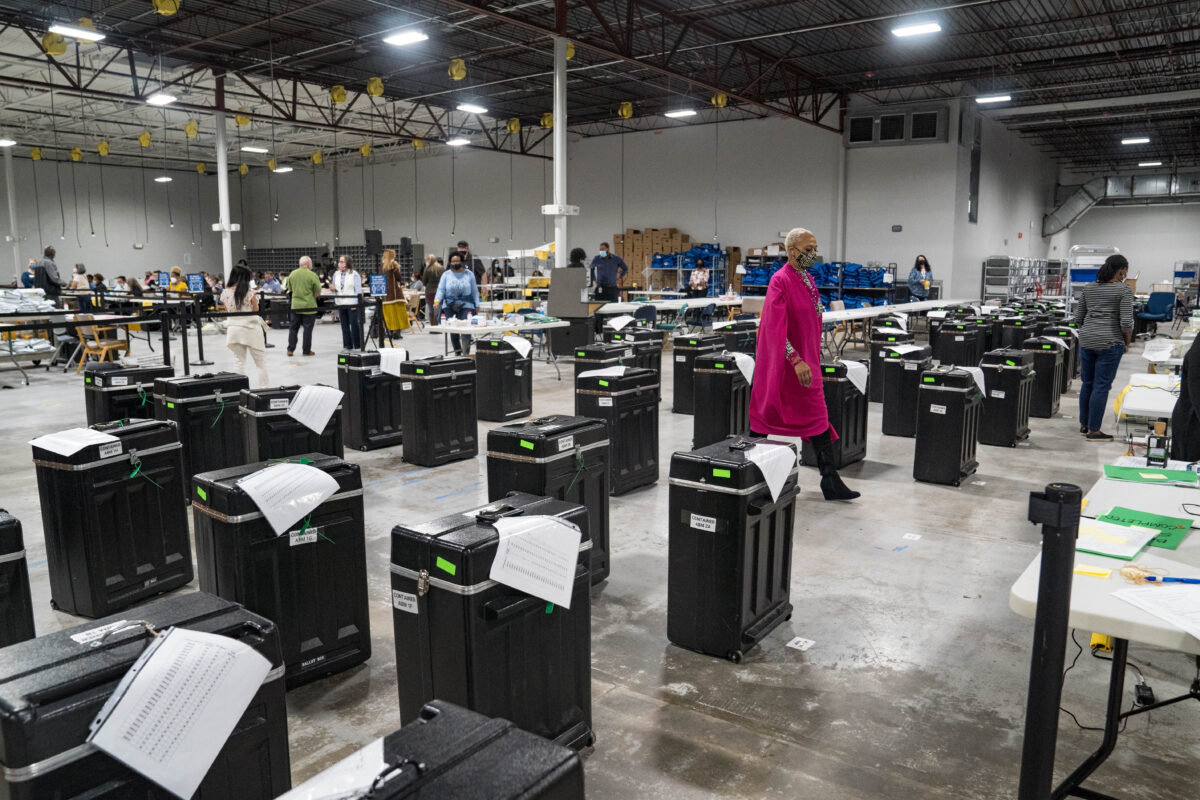 Gwinnett County election workers handle ballots as part of the recount for the 2020 presidential election at the Beauty P. Baldwin Voter Registrations and Elections Building in Lawrenceville, Ga., on Nov. 16, 2020. (Megan Varner/Getty Images)

By Ivan Pentchounov | The Epoch Times

A third county in Georgia discovered a memory card with uncounted votes, a majority of which were cast for President Donald Trump, according to Georgia GOP Chairman David Shafer.

“Our monitors tell us that Walton County election officials have found a memory card that was apparently not uploaded. The number of uncounted votes is not as large as in Floyd or Fayette but the President will pick up votes,” Shafer wrote on Twitter.

According to Walton Tribune, Trump netted 176 votes as a result of the discovery.

At a press conference on Tuesday night, Gabriel Sterling with the Georgia secretary of state’s office told reporters that, in Walton County, “there may be a memory card with 224 votes on it from an Election Day polling location.”

“We’re still trying to see if that was a batch that might have been missed, or there’s actually memory cards that we—I don’t have a final answer on that,” he added.

Of the votes, 1,577 were for President Donald Trump, 1,128 were for Democratic nominee Joe Biden, and the remainder included 43 for Libertarian presidential candidate Jo Jorgensen, and seven write-ins, Sterling said. The discovery netted Trump 449 votes. 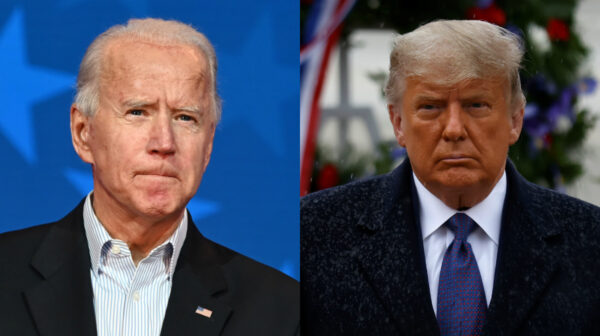 Sterling said that Fayette County’s votes were a more easy discovery compared to Floyd County, because they were able to see that the number of people who were checked in on the early voting file exceeded the number in the county’s reported total votes.

Both Floyd and Fayette counties will still need to recertify their results, and that can’t be done until after the state’s election audit is complete on Wednesday at midnight, Sterling said.

The memory cards unearthed in the three counties add up to over 1,400 net votes for Trump, closing his gap with Biden from 14,156 minus 12,753, Sterling said on CNN’s “New Day” on Wednesday.

The recount in progress was initiated by the Georgia secretary of state based on a new law that calls for an audit of one race after each election. The state’s deadline to certify election results is Nov. 20. The Trump campaign can request another recount after the results are certified.

Georgia spent more than $100 million on election machines and software by Dominion Voting Systems. The Trump campaign has alleged, and the vendor has denied, that the software is to blame for the fraudulent switching of votes from Trump to Biden.

Zachary Stieber and Mimi Nguyen Ly contributed to this report.