Ukraine War: U.S. says that hundreds of thousands of Ukrainians forced to Russia

UNITED NATIONS >> The U.S. said Wednesday it has evidence that “hundreds of thousands” of Ukrainian citizens have been interrogated, detained and forcibly deported to Russia in “a series of horrors” overseen by officials from Russia’s presidency.

Russia immediately dismissed the allegation as “fantasy,” calling it the latest invention in a Western disinformation campaign. 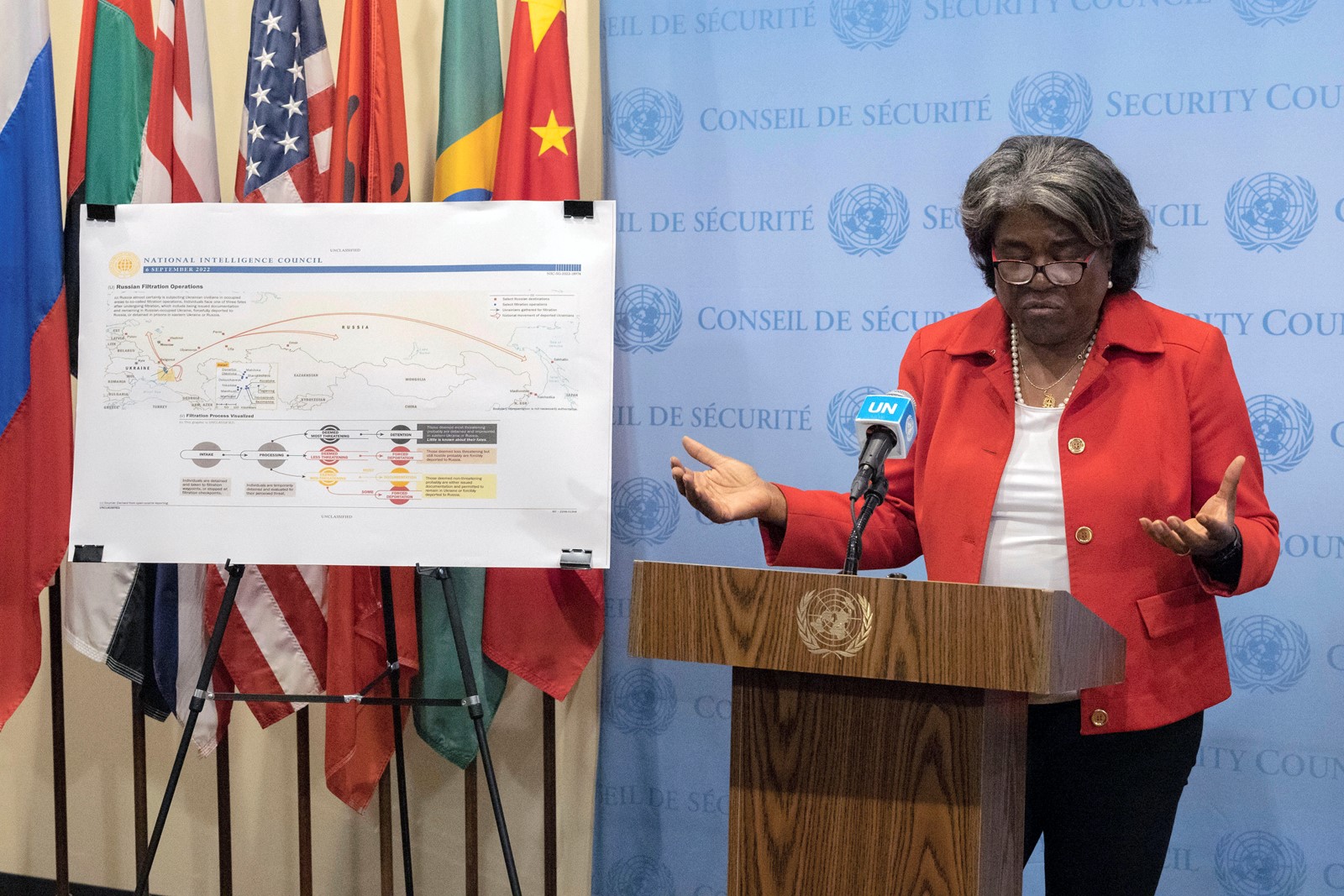 The charge came during a Security Council meeting called by the United States and Albania to discuss Russia’s “filtration operations.”

That involves Ukrainians voluntarily fleeing the war in their homeland and those forcibly being moved to Russia passing through a series of “filtration points” where treatment allegedly ranges from interrogations, data collection and strip searches to being yanked aside, tortured, sent to a detention center in Russia and never seen again. The Associated Press wrote in July that nearly 2 million Ukrainian refugees have been sent to Russia, many through forcible transfers.

U.S. Ambassador Linda Thomas-Greenfield said estimates from a variety of sources, including the Russian government, indicate that Russian authorities have interrogated, detained and forcibly deported between 900,000 and 1.6 million Ukrainians. She said they are sent to Russia, often to isolated regions in its far eastern regions.

“These operations aim to identify individuals Russia deems insufficiently compliant or compatible to its control,” Thomas-Greenfield said. “And there is mounting and credible evidence that those considered threatening to Russian control because of perceived pro-Ukrainian leanings are ‘disappeared’ or further detained.”

Russia’s presidency is not only coordinating filtration operations but is providing lists of Ukrainians to be targeted for filtration, she added.

She said estimates indicate thousands of children have been subject to filtration, “some separated from their families and taken from orphanages before being put up for adoption in Russia.” According to U.S. information, “more than 1,800 children were transferred from Russian-controlled areas of Ukraine to Russia” just in July, she said.

He said more than 3.7 million Ukrainians, including 600,000 children, have gone to Russia or Russian-controlled separatist areas in eastern Ukraine, but they “aren’t being kept in prisons.”

Thomas-Greenfield said the United States knew Russia would deny using filtration, “but there’s a simple way to know if any of this is true.”

“Let the United Nations in,” she told Nebenzia and other council members. “Give the independent observers access. Give NGOs access. Allow humanitarian access. Let the world see what Is going on.”