By Marc Santora, and Carly Olson | The New York Times

KYIV, Ukraine >> Russian forces are stepping up their efforts to make life unbearable for civilians across the occupied southern Kherson region, where power was cut Sunday night and Ukrainian officials warned that Russian troops were mining critical infrastructure even as they dig in to fight for their last bridgehead west of the Dnieper River.

The battle for Kherson City — the only regional capital to be captured by Moscow since the invasion in late February — has been looming for months. A Ukrainian counter offensive launched at the end of August has reclaimed more than 100 towns and villages and steadily closed in on Kherson while also pounding Russian supply routes, command centers and ammunition depots far from the front. 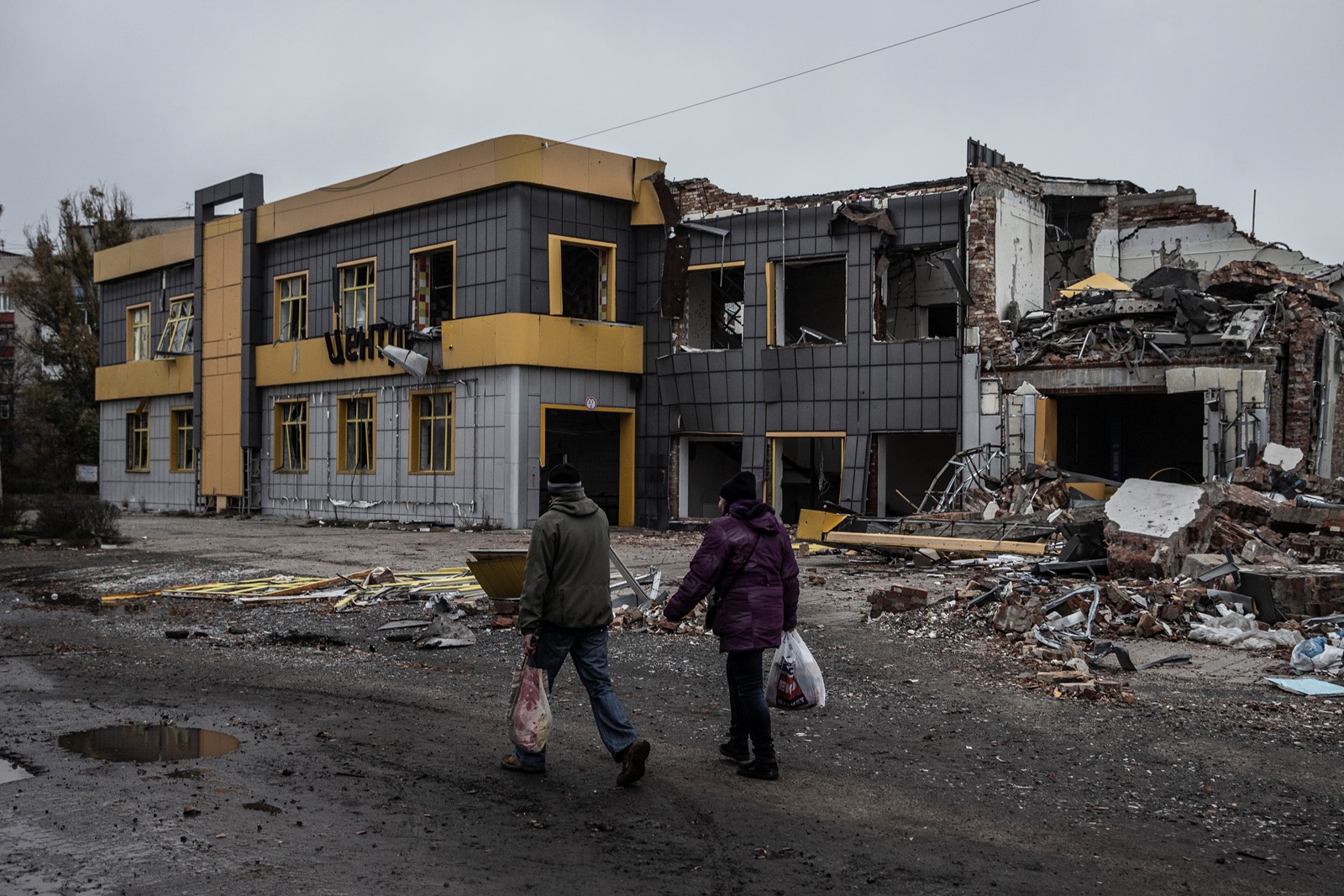 As Ukrainian forces advanced, the Kremlin-appointed authorities for Kherson ordered the “evacuation” of all civilians last month — a move that Ukrainian officials said was less about saving lives and more about clearing space for newly mobilized Russian troops to occupy. Since then, Russian forces have been destroying critical infrastructure, shuttering essential services and looting the city, according to residents and Ukrainian officials.

Petro, a 30-year-old who lives in the area, managed to get a message out late Sunday, saying, “They are making a desert out of the right bank of Kherson.” Because of concerns about his safety, he communicated on the condition that his family name not be used.

“Today they blew up the power poles, so we have no light and no water,” Petro added.

“It is impossible to quickly repair the power lines due to a lack of specialists and equipment,” he said Sunday night. “In addition, Russian invaders will not allow this to be done.”

The Russian forces have also placed mines around water towers in Beryslav, Yanushevych said, referring to a town less than 50 miles from Kherson City and just north of a critical dam.

Russian forces seized the road over that dam, next to the town of Nova Kakhovka, in the first days of the war, and it is the main artery across the Dnieper River still under the control of Russian forces. If Ukraine regains control of the area, they could prevent thousands of Russian soldiers from escaping.

Ukrainian forces are still meeting fierce resistance as they continue battling Russian troops arrayed some 30 miles to the north of the dam.

Ukrainian and Russian officials have accused each other of planning to blow up the dam.  But military analysts have said that doing so would be logistically challenging and would not serve either army’s interests because it would cause flooding and destruction on both sides of the Dnieper.

Still, Ukraine’s nuclear regulator Monday ordered an urgent review of the safety risks upriver at the Zaporizhzhia Nuclear Power Plant if the dam were to be damaged.

Moscow had dispatched propagandists “to shoot videos in the city on the topic of the alleged destruction of the civilian population.”

Top government officials in Kyiv have also said that Moscow might be trying to create the illusion of leaving Kherson to lure Ukrainian forces into brutal urban combat. On Monday, the Ukrainian military said that it still had seen no evidence that Russian forces were preparing to abandon Kherson.

But Ukrainian authorities warned that Russian forces were stepping up the hunt for people helping to direct military strikes. The Russians have “intensified raids and filtration measures among the local population,” the National Resistance Center, a government agency supporting resistance efforts in occupied areas, said Monday.