By JAMEY KEATEN | THE ASSOCIATED PRESS

The World Economic Forum is back with its first winter meetup since 2020 in the Swiss Alpine town of Davos, where leaders are seeking to bridge political divisions in a polarized world, buttress a hobbling economy and address concerns about a climate change — among many other things.

Sessions will take up issues as diverse as the future of fertilizers, the role of sports in society, the state of the COVID-19 pandemic and much more. Nearly 600 CEOs and more than 50 heads of state or government are expected, but it’s never clear how much concrete action emerges from the elite event.

Here’s what to watch as the four-day talkfest and related deal-making get underway in earnest today: 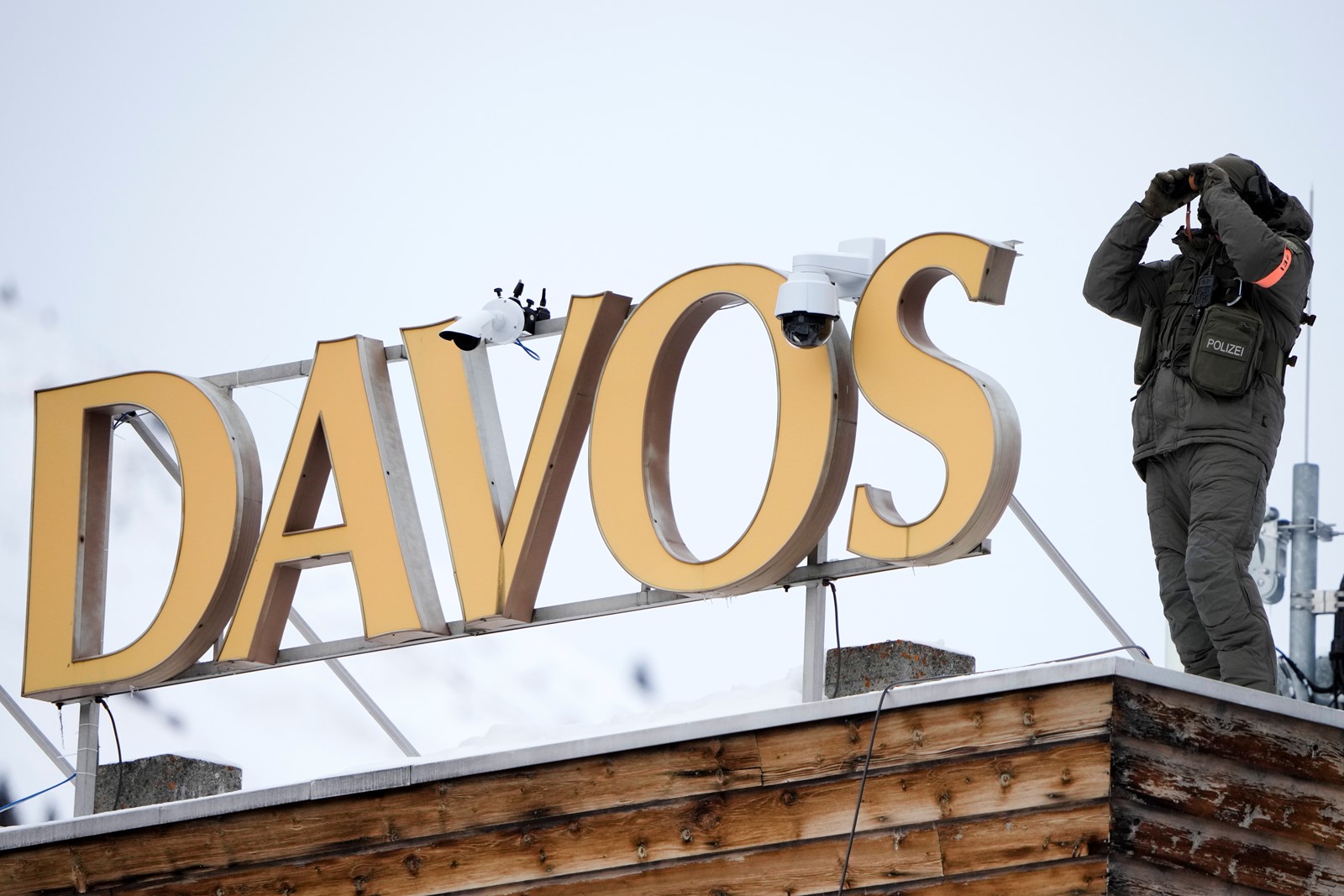 A police officer stands watch on a building in Davos, Switzerland, on Monday MARKUSSCHREIBER — THE ASSOCIATED PRESS

Back in the snows for the first time since the pandemic and just eight months after a springtime session, the event will host notables like European Union Commission President Ursula von der Leyen, U.S. climate envoy John Kerry, and the new presidents of South Korea, Colombia and the Philippines.

Chinese Vice Premier Liu He addresses the gathering Tuesday, a day before his first meeting with his U.S. counterpart, Treasury Secretary Janet Yellen, in Zurich. Yellen will skip Davos.

Russian President Vladimir Putin, of course: Envoys from his country has been shunned because of his war in Ukraine.

Ukrainian first lady Olena Zelenska was on her way to Davos and will speak Tuesday, while her husband, President Volodymyr Zelenskyy, will give a remote address Wednesday and other officials from Ukraine are appearing on panels.

The slowdown in the global economy will be a major theme at Davos, with officials ranging from International Monetary Fund Managing Director Kristalina Georgieva and European Central Bank President Christine Lagarde speaking in sessions.

Inflation soared as the world reopened from the pandemic and Russia invaded Ukraine, driving up food and energy prices, and though it has started to slow in major economies like the U.S. and those in Europe, inflation is still painfully high.

Georgieva said in an IMF blog post Monday that divides between nations — the theme at Davos this year is “Cooperation in a Fragmented World” — are putting the global economy at risk by leaving “everyone poorer and less secure.”

A major climate theme emerging from the forum’s panel sessions is the energy transition from fossil fuels to clean energy. Former U.S. Vice President Al Gore will be talking about decarbonization, efforts to build clean energy infrastructure and ensure an equitable transition.

It follows a strong year for the energy transition: Many countries passed incentives for renewable energy in 2022.

One hot topic on the agenda — harnessing nuclear fusion — focuses on science that offers immense potential but is many decades away from a commercial rollout that could feed the world’s skyrocketing thirst for energy.

Sessions on issues like adaptation to climate change and panels on deforestation, bio-diversity and the future of environmental protection will give a greener hue to the gathering.