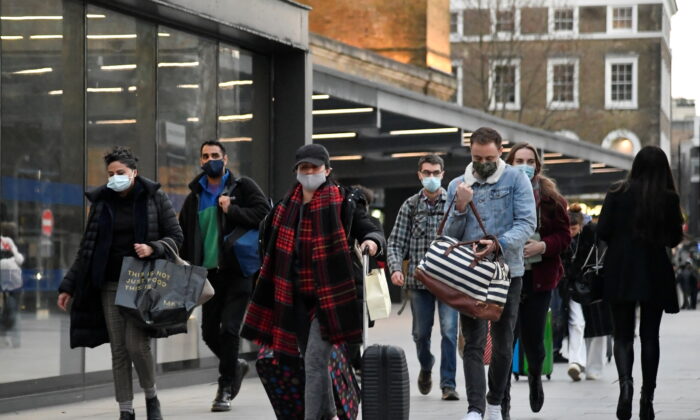 There’s no evidence that the new strain of the CCP virus is more transmissible, an official with the U.S. government’s Operation Warp Speed program said Monday.

“I think scientifically, to date, there is no hard evidence that this virus is actually more transmissible,” Dr. Moncef Slaoui, the program’s chief scientific adviser, told reporters during a press briefing in Washington.

“I think the key point is that there is no evidence now—it’s clear, because there is a large number of people infected— there’s no evidence that this virus is more pathogenic, creates more problem[s], more morbidity or mortality than the previous virus,” he added later.

British officials recently disclosed the discovery of a new variant of the CCP (Chinese Communist Party) virus, which causes the disease COVID-19.

UK Prime Minister Boris Johnson said on Dec. 19 that the new variant of the virus could be 70 percent more transmissible than the old variant. Officials have said the variant is “out of control.”

The strain prompted the Netherlands, Belgium, and France, among other countries, to enact border control measures against the United Kingdom. 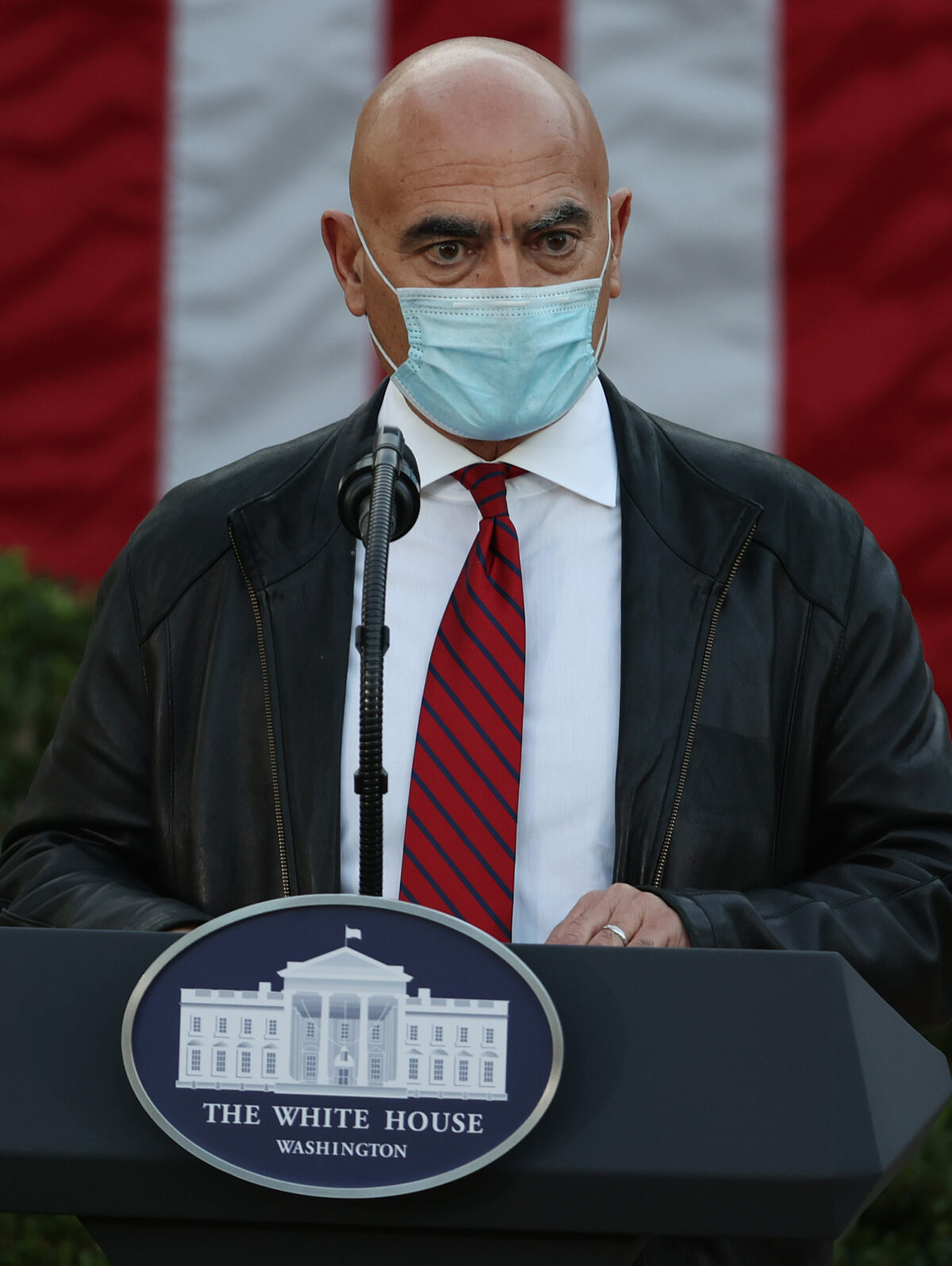 Adm. Brett Giroir, a member of the White House Coronavirus Task Force, said on CNN’s “New Day” that officials do not know whether the strain has arrived in the United States, unlike Australia, which has confirmed cases of it.

Giroir said officials “have every reason to believe that the vaccine will be effective against any variant that we’ve seen, including the new variant in the U.K.”

Surgeon General Jerome Adams, another member of the task force, told reporters in Washington that the task force was going to discuss the variant during a meeting later in the day.

Officials are working with the World Health Organization, the Centers for Disease control and Prevention, and the UK “to figure out whether this new strain of virus is going to behave any differently,” he added.

Even if a future strain shows the ability to infect people who were vaccinated, officials can tweak the vaccines like they do with flu vaccines, Adams explained. 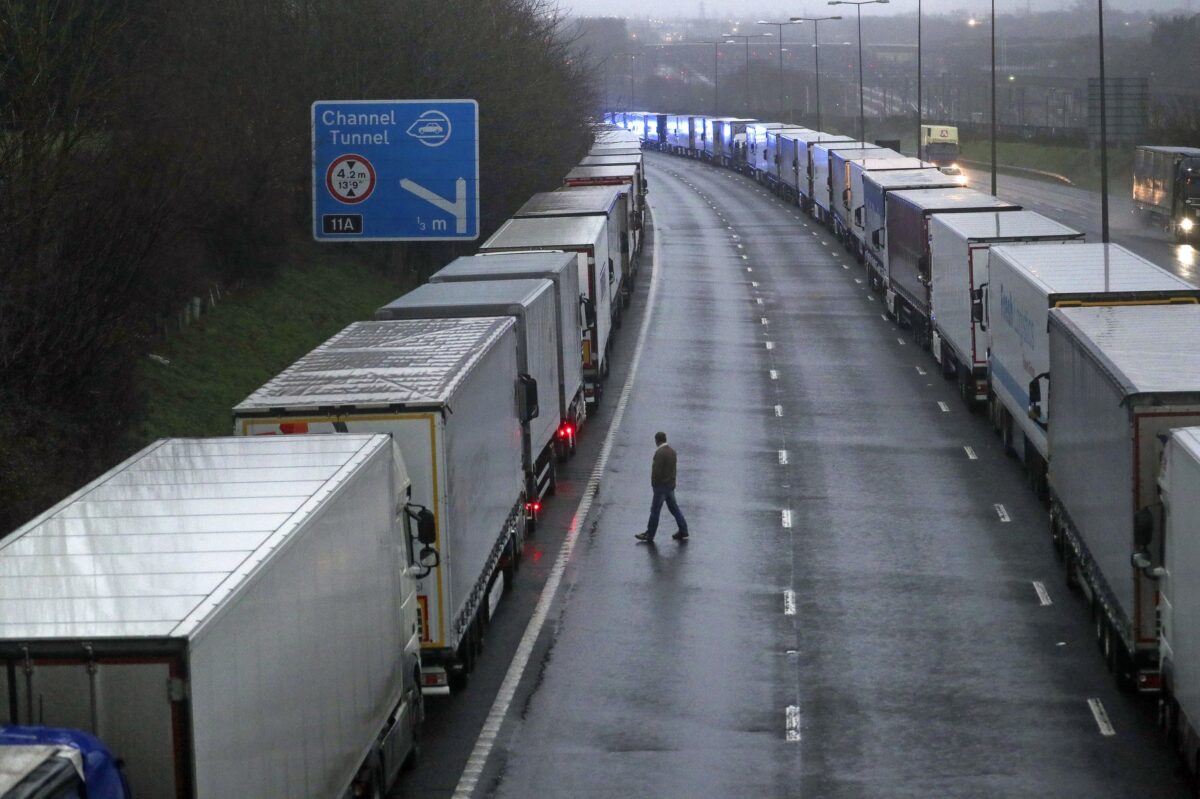 Lorries are parked on the M20 as part of Operation Stack after the Port of Dover was closed and access to the Eurotunnel terminal suspended following the French government’s announcement, near Folkestone, Kent, England, on Dec. 21, 2020. (Steve Parsons/PA via AP)

The World Health Organization’s Mike Ryan said this week that the strain “is a normal part of virus evolution.”

“So far, even though we have seen a number of changes, a number of mutations, none has made a significant impact on either the susceptibility of the virus to any of the currently used therapeutics, drugs or the vaccines under development and one hopes that will continue to be the case,” the group’s chief scientist, Soumya Swaminathan, told reporters in a virtual briefing.

Professor Andrew Hayward of the British government’s New and Emerging Respiratory Virus Threats Advisory Group, though, told Sky News that Britons should be “very concerned” about the mutated strain.

“If the vaccine is the best news, this is the worst news we’ve had so far, and we really, really need to tighten down the hatches to stop the spread of this strain while vaccinating as many people as possible,” he said.

Eli Lilly and Regeneron, two makers of COVID-19 drugs, both said Monday that their treatments should be effective against the new strain.

Alexander Zhang contributed to this report.